WHERE WERE YOU 10 YEARS AGO? Katrin Kircheis

10 years ago feels like we’re talking about the 90s. So please bear with me as a travel just a teeny tiny bit further back in time to be able to make my point. I promise it will be worth the (global) journey – just as it was for me.

Exactly 10 years ago I was in the midst of my second year working and travelling through Australia. The travel bug infected me when I did my apprenticeship as a Travel Agent / Tour Guide in East Germany. After three years of guiding pensioners and other people interested in bus tours around Europe and the rest of the world, I graduated and moved to Iceland of all places.

The financial crisis happened, and I was forced to come back to mainland Europe, and after a quick, 10-month pit-stop in Vienna, I moved on to a warmer climate – Australia. It was supposed to be my final destination, but as so many other things in life, that didn’t quite work out as intended.

Back to Europe I came in the autumn of 2011, to the settle for a long while in London.

Throughout this fantastic journey around the world, I had many, many different jobs: for three years I slaved away as an apprentice, being exploited for cheap labour. I am not kidding here. We did 80–90-hour weeks, including weekends, and mostly our only time off were the two weeks holiday we were granted. The place was mismanagement beyond believe, it went bankrupt eventually and the owner did some jail time for fraud.

There was no employee engagement, other than threats. The money was meagre. Why did we stick around? We were young, it was still fun to travel the world whilst our peers were stuck in offices, factories, or universities. We had each other. That togetherness, colleagues becoming good friends, and that being the glue holding together a workforce, was a common thread throughout my ‘career’.

In Iceland, I worked in a family-owned fast-food restaurant and part-time in a tourist shop selling Icelandic wool and sweaters. I made a lot of money but felt very isolated. Not just because of the language barrier, but also because there was no other incentive for me to be there other than money. Before I stuck around in a horrible work environment, paying me very little money, because I bonded with people, some of which are still my closest friends to this day. And I felt lonely in another environment where I was left to my own devices with great pay.

Vienna essentially was no different, I started working as a fundraiser for Greenpeace, then as a waitress in a local pub and finally landing a job with the local government in a public lido. That was fun! Great money and great people. Even an OK boss! I was able to save up enough money for my Australian adventure.

Once there, I struggled to find work after maxing out my credit card. I worked again as a fundraiser, this time for the Australian Paralympic Team to support them to compete in the 2012 London games (Did we succeed?).

After a while I got a stable, 5-days a week (including weekends) job in a Cash Converters in Adelaide. I think that’s when I realised that no matter where you are, work mostly sucks. The people can be cool. The pay can be good. But work in itself isn’t.

I continued travelling on this journey for another 8 (!) years after that realisation, working in a call centre when I first landed in London, then as a Trainer and Learning and Development Manager in a small not—for-profit. In this last job, in my 5 years there, I had 6 managers. All but the first one, who hired me and was fired about a year after, were pretty bad in their own rights. The last one took the cake. Friends with the then CEO, he took over three departments, one of them mine. He was a patronising, yet friendly guy, who made no attempt to let certain people in his team know he thought they were incompetent and incapable of doing their, very specific, job and in general survive in the corporate world. One of them was me.

Three years ago, on my birthday, I gave myself the biggest present ever: I quit that job and became self-employed. And here is where the journey really starts. However, that’s probably for another time.

As mentioned in the beginning, one thing I realised was that Employee Engagement was pretty much non-existent in any of the jobs I had. The way I, and my colleagues, were treated at work, no matter where I was at the time, seemed pretty universal. We were treated as a disposable asset. So even changing jobs didn’t seem like a solution anymore. And if the only way out of that misery seems to be to take the risk of going freelance or starting your own business, things are really bad.

Throughout the last year all of these values, these words, filtered more and more into the mainstream: Employee …. Wellbeing, Engagement, Experience, Involvement, etc. That’s all well and good, but for me it also means we created working environments where these are needed in the first place. If you want an easy way to start, do so by treating your people like capable, equal adults. 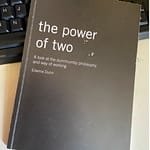