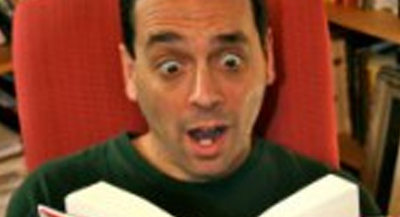 The following is a blog post by Martin Rayson, President of the PPMA and sponsor of the Engage for Success movement.  He discusses his thoughts around a recent session with author Dan Pink and the challenges he makes around ‘reward and focus on contingent pay as a means to drive up performance in sales and elsewhere.’

“I was lucky enough to be invited last week to attend a session with Dan Pink, author of “Drive – The Surprising Truth About What Motivates Us” and more r 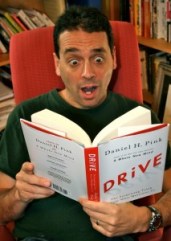 ecently, a book about motivation and sales. Mr Pink challenges the orthodoxy around reward and the focus on contingent pay as a means to drive up performance in sales and elsewhere. He believes this approach to pay only works for simple transactional activities and not for complex, creative work. The main issue for people around pay is “fairness”. If you take the issue off the table by paying people enough and in a way that is perceived to be “fair”, people will then focus their creativity on the task and the organisation can focus on the factors that maximise people’s engagement with the task and the organisation they are working for.

Now, I should lay my cards on the table and say that I have never been wholly convinced by the value of having performance pay in the public sector. I am not sure the payback is worth the effort that goes into designing and managing a performance pay system, in an environment where public service remains the prime motivator and the complexity of the work can lead to considerable debate about individual contribution to success

There is now of course increased pressure to drive up productivity in the sector, to justify salary levels among senior staff and to differentiate between levels of performance. Indeed, in the press release that accompanied the publication of the CIPD’s research into employees attitudes to pay that organisation said that “Efforts to reform public services will be undermined unless public sector employees recognise that their salaries should also reflect their performance rather than simply tracking the cost of living.”

I did therefore ask Pink for his views on contingent or performance pay in the public sector and he told the story of Ed and Fred, one a high performer and the other coasting in his job. For Ed, the high flyer, his belief in “fair pay” was being challenged because it was evident that he was working far harder than Fred, but was getting nothing extra. For Dan Pink, the reality is that Ed does not necessarily need more money to sustain his higher performance. The money is symbolic; it shows that his efforts are recognised and it demonstrates that he is progressing, moving forward in his work and career. Other things may do this just as well, if not better, by actually increasing Ed’s engagement with his work. These non-monetary rewards should focus on enhancing Ed’s:

Fred, on the other hand, needs to be managed and to be seen to be managed. Explore what does motivate Fred and what the barriers are. Ensure he is working alongside a lot of Eds and is therefore encouraged to up is performance and cannot disrupt the task. Be fair but firm in taking management action against him.

There will be many that will argue with the views of Dan Pink, believing that good management and leadership is not sufficient to drive up performance and pay and reward remains a key motivational tool. Indeed Mr Pink was challenged at the meeting , not least by Wendy Cartwright , who talked about the performance element in the reward structure at the Olympic Delivery Authority, which she felt was crucial to the successful delivery of the 2012 Olympics.

Pink thinks that many organisations use contingent pay because they are in the habit of doing so and the key thing perhaps is that we consider fully the pros and cons of contingency pay schemes before as public sector organisations simply adopt it because the private sector does. The PPMA’s research currently underway with Mercer will be an important contribution to the debate.

Good leadership and management is of course crucial to the ability of both Ed and Fred to perform at their best. The PPMA is pleased to support the Strategic Leadership in Modern Local Government Programme.”