This article was initially posted on the IPA website. It was written by Andy Bindon who is Human Resources Director at Southeastern. 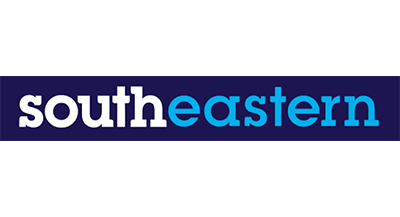 Despite the exponential growth in social media, employers are only just beginning to understand and exploit its potential to support employee voice and engagement. In this article, Andy Bindon Human Resources Director at London & South Eastern Railways explains how their social media platform WorkMate has helped them reach out to employees, build community and transform engagement.

In 2008 we started to develop our engagement programme at Southeastern, building it around the milestones of the launch of the UK’s first high speed service in 2009 and the role our services would play in the 2012 Olympics and Paralympics.

We involved our employees in a range of initiatives. Together we set a new vision and objectives and produced a ‘big picture’ to capture the strategic narrative. We established company level and local focus groups across the business and devolved the running of our employee recognition scheme. We improved people management skills of our leaders and managers achieved IiP Silver status (since achieved Champion status).

During this time we saw improvements in our key business and people results, but we wanted to find ways to involve more than the 15% or so of employees regularly being involved in business issues. Social media seemed a way we could harness technology to accelerate momentum.

We’re probably atypical of companies you would expect to see at the forefront of using social media. The rail industry being perceived perhaps as having a fairly ‘traditional’ approach to people management. But we recognise it could make an impact and so it has proved.

In late 2011 we trialled a platform called Socialtext which we branded as WorkMate.  We felt this platform best met our needs to communicate, learn and share more widely. It provides functionality similar to Twitter, Facebook and Wikipedia. Everyone has a home page which they can customise.

We placed all our key company information on it and tools that would help people do their jobs better. We encouraged staff to log on and try it. There would be minimal regulation (other than our standard code of conduct) and no constant monitoring/moderation of content.  People would be able to use as they wanted – have conversations, ask questions, express opinions, set up private groups.

After further evaluation and feedback from employees, we decided to scrap our intranet and formally launch WorkMate in April 2012, just a few months before the Olympics.  We used our special Olympic engagement events – attended by over 1,000 of our employees – to promote WorkMate.  It proved an extremely popular and valuable tool over the Olympics, not only carrying the latest company information but enabling employees to exchange stories, pictures and just keep in touch.

On the back of this, WorkMate really took off after the Games. As of November 2013 we have:
-80% of employees registered with 2,200 visiting each week and about 500 posting
-Approx. 60 business questions are asked every week.
-There have been nearly 90,000 conversations on WorkMate
-160 active private groups (about 65% are work related, the rest are social)
-We’ve created a new set of company values and produced a ‘values in 60 seconds’ video which has had over 6,000 views
-We’ve used it for pulse surveys and added many more work tools and toolkits (an employee engagement toolkit, launched in July 2013, was accessed over 2,500 times in the first three months)

WorkMate runs with minimal regulation, primarily relying on users to self-regulate. We have had no major issues.  People can and do criticise the company on it, and we welcome that!  We can also sense when issues are bubbling up. Recently when we made changes to our pension scheme a lot of questions and misinformation surfaced on WorkMate which we were able to respond to quickly.  I and others don’t spend all day looking at what people are talking about (we are conscious of suspicions of ‘Big Brother’!)  but you can get a sense of things that are topical.

So what other results have we seen where we feel WorkMate has had an impact?

We have achieved our best ever performance and customer satisfaction scores and best ever people scores on a range of metrics from formal grievances to sickness absence. In only our second ever employee survey, response went up from 68% to 80%. Our engagement metric increasing by 10% to 70% and other areas such as clarity of what we’re trying to achieve, personal contribution, how change is managed, and understanding values improved by 3 -5%

It has helped improve communications and provides an excellent mechanism for us to gauge the current mood.  We have recently used it to collect staff views and opinions on how our services may change over the next 5 years as we negotiate a new contract with the Department for Transport.

Our future plans include more personalisation, more pulse surveys and toolkits, more dynamic content, integration with our HR system, encouraging greater use by our trade unions (some have embraced it more than others).

So, what have we learnt? We’re not as connected as we might think, however extensive your communications. We have extended WorkMate to mobile devices and placed it in the ‘Cloud’ so it can be accessed anytime, any place, anywhere

People do want to connect, with colleagues and the business.  Many of our employees are working in relative isolation, and just being able to have an online conversation has helped people feel they are not alone! It’s a great tool for people to share information and ask questions.

You don’t need to over regulate it, people have used it responsibly. If you have concerns, have you really really considered what they are and weighed them against the benefits?

Social media is a part of every-day life, not the preserve of the under 25’s!  Resistance is futile!

The cost-benefit has been easily proved. The net cost, once we scrapped our intranet, means that the cost is a few £s per employee.

It provides momentum to your engagement programmes. You have to put the hard work in before you launch. If you look at the scores on some of the employee survey results, they have improved but not as much as you may expect in some areas. As the CIPD and IPA have concluded things like WorkMate won’t be a panacea. You still need to work hard at other channels. Since launching WorkMate we have strengthened things like briefings, forums and launched a monthly employee phone-in to Directors, but we try to integrate these with WorkMate.

Voice is integral to engagement. Hopefully, through WorkMate we’re enabling people to connect and voice opinions, concerns and ideas more than ever before, but also using it as part of an overall strategy of meaningful dialogue in making big decisions. 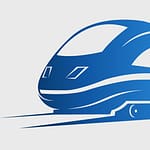