Radio Show #425: The Importance of Cultures in Creating Employee Engagement

Radio Show #425: The Importance of Cultures in Creating Employee Engagement

HCL is a $6 billion leading global technology and IT enterprise comprising of two companies listed in India – HCL Technologies and HCL Infosystems. Founded in 1976, HCL is one of India’s original IT garage start-ups. The company has a network of offices in 26 countries. Its central philosophy is ‘Employee First, Customer Second’, which empowers over 77,000 employees to create real value for the customers through engagement.

‘Employee First’ is a management approach, proposed by HCL’s CEO, Vineet Nayar. It aims to turn the organisational pyramid upside down and make management accountable to the people who create the value – the employees.

“What we want at HCL is passion. We want people to be burning up with desire to pursue their interests. Fascinated by their assignments. Jumping out of their skins with excitement about what’s next. Eagerly pursuing better solutions and new initiatives. We have found that the Employees First approach produces far more passion than any motivational or recognition program. Why? Because it proves that management understands the importance of the work being done by the employees in the value zone. It demonstrates that we are actively helping them in ways that make it easier for them to do their jobs. It shows that we trust them to do what needs to be done in the way they believe it should be done. And it shows that we respect them for the value they bring to the company.”

To leverage employee-led-innovation and build a strong engagement culture, HCL has various initiatives, many of which were employee-suggested. These initiatives encourage employees to have a voice in the company and how to create value for customers. Some key initiatives are described here:

The Value Portal was created by the HCL management team to differentiate HCL from other vendors. The idea behind it was to quantify the value from grassroots ideas and capture them in a structured manner. Customers could then realise not just the financial to them of the entire project but also the ideas and solutions presented within the overall project. 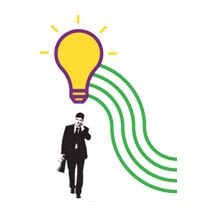 The Value Portal enables and encourages innovation at grassroots level as it is where HCL employees collaborate, innovate and lead the implementation of their ideas to deliver value to HCL’s customers. It began as a pilot for four HCL customers in 2007 and has since been rolled out to 300+ HCL customers globally who see it as a key differentiator. Since the launch in April 2007 more than 5,000 HCL employees have generated over 7,000 ideas since. More than 800 ideas were implemented, delivering a total value of over $15 million to date. One example was an additional feature developed for advisors in a bank. Bank customers raise queries with the customer support team through an ‘Offline Customer Support’ service. Queries and concerns are dealt with by the customer support team and when the customer is satisfied with their answer, they can immediately leave feedback. The feature also acts as a record of queries. The feature is expected to produce annualised savings of $70,000 to the bank. Another example was the creation of a software tool that made testing new software faster and more effective, the annualised saving to the client is estimated to be $1 million.

Essentially the Value Portal is an employee idea exchange platform. Through the portal, HCL employees can suggest ideas and solutions for customer problems within a pre-defined timeline and budget. Any HCL employee can contribute suggestions and work with others across the world to develop a solution for a customer. The Portal won a Forrester Groundswell Award in the Management: Innovation System category in 2011.

A group of HCL employees created ‘MAD Jam’ (Make a Difference Jamboree) to celebrate the best innovators at HCL that came out of the Value Portal. A couple of marketing team members were tasked by management to make innovation centre stage within HCL. They took a deep dive into existing innovation platforms such as Value Portal and the Intellectual Property Management system and found that innovation was happening within a project but was not getting the visibility beyond the project’s business unit. Armed with this insight the marketers came up with the idea for MAD JAM based on American idol – showcasing talent and innovations for everyone in the company to see.

An American Idol for HCL Innovators

The team launched a campaign to introduce MAD Jam across HCL asking for HCLites to contribute ideas. In the first round HCL business heads chose 18 out of the total 377 ideas that were sent in. Three-minute films were made of the 18 ideas to showcase the idea and the business impact it would have and hosted on the portal. Teams then canvassed employees for votes. Two months later 9 teams from across the world were present at the Grand Finale in New Delhi. The judging panel includes two senior HCL directors, an associate partner from McKinsey and an external judge. Two winners were picked – ‘Customer On-boarding’ – a solution that drastically reduces the on-boarding cycle time of a customer in a financial institution, won best idea. ‘Mobility Solutions’ – which enabled police officers to instantly send details to the central police system from a crime scene, using mobile devices – won the Innovators’ Choice award. MAD JAM created visibility into innovation creation that had previously not been seen in this way at HCL.

Ravi Shankar, a senior VP in HR for HCL Technologies suggested B2E – business to employee social networking having looked at B2C social networking uses. At the end of 2010 he posed the idea and gathered about 20-30 supporters who started to work on the project – defining what the social network should look like and what its goals would be.

When Shankar proposed the idea to top management there were concerns, particularly around uses and abuses. Shankar reassured them he would monitor but not censor, use of the network.

‘Meme’ was launched in January 2011 with the management-led message of ‘connect, share, learn and grow’. It was a big success from the beginning. More than 60,000 employees are now subscribed with their own profile pages. Employees can upload photos, send messages, ‘like’ other people’s statuses, collaborate on ideas and common interests. There are currently over 1,500 groups ranging from ‘Smile a While’ where employees can play competitions, to ‘Mobile Feedback’ where employees can share feedback on different phones.

BlogHer – a gender-neutral group attracted over 100 members in 24 hours. It aims to create dialogue and suggest gender inclusive policies and practices. When a new thread is initiated, the topic gets flashed in HCL’s daily news digest sent to all employees. Anyone can then post their views. One of the outcomes from this group has been assistance in helping HR to frame flexi-timing policies at HCL. Over 50% of the active users are male.

AskHR has been particularly useful to Shankar. Here, employees can pose questions about HR and enables Shankar to test the pulse of employees and what they think about HCL. The platform has been further developed to employees can access it on their mobiles.

The Power of One – Building Engagement & Community

The Power of One is a special employee-driven initiative of the HCLT Foundation, launched in 2011. Employees get to choose what Corporate Social Responsible schemes they want to support. Each business line suggests a day where all employees and their families are encouraged to participate in community programmes.  Programmes include:

Check out our related posts: