When Dave Clark, MD and co-founder, and his Operations Manager Tim McKenzie, bound into Dave’s office dressed like the staff I’d just seen coming back from lunch I look ruefully at my smart shirt and polished shoes and wonder if I’ve over-dressed. Straight away they start to converse with me as if we’re three mates down the pub, and I realise there’s something very engaging about the team at NTT Fundraising.

Beginning life as the National Telephone Team of Action Aid back in 1988, NTT Fundraising was bought twenty years later by Dave and his management team colleague, Natalie, who transformed it into the success it is today. Based in Bristol it provides a full suite of charity call centre services, employs 120 people, and turned over £4.4m in 2015.

What marks them out is how they’ve continued to stand strong when their peers have fallen casualty to the sector’s demonising in the press and a loss of public appetite, sending charity call centres into administration and reducing the sector’s appeal to customers and prospective recruits alike. It’s a tough business to make a go of at the best of times. With low profit margins, tight regulations and a market that’s very sensitive to downturns in the economy, charity call centres must balance getting good results with being brand ambassadors for the charities they represent, says Dave. Lose the respect of a member of the public once and you risk tainting the charity’s image with them for life. This necessitates higher than average training spend which combined with industry norm pay and staff turn-over at about 6 months lowers the return on investment the sector can obtain per employee. Its image hardly makes it peoples’ first choice of career. When did you last hear a child say “one day I want to work in a charity call centre?”

Yet NTT Fundraising’s permanent callers typically stay 3 years – roughly six times the average, and the company enjoys a remarkably low rate of complaints: one for every 30,000 calls. When asked for other indicators of their success Dave’s modest “that we’re still trading” belies the fact they became the first charity call centre to be accredited for BS EN ISO 9001 (Quality Assurance) and BS EN ISO 27001 (Data Security) and in January 2016 they became full members of the Direct Marketing Association (DMA) and the first organisation within the charity sector to become Telephone Preference Service (TPS) Assured.

It’s All About your People

So what’s their secret? According to Dave: “We are utterly dependent on the mood of the people we employ.” In a business where “engagement is key…success is all about our people, all about making them up for it” because “if you have a happy workforce they work harder”. Their whole operation is thus designed around their workforce and ensuring people can perform at their best.

Unpacking this Dave and Tim explained that the demands of putting on a good show for their customers forced them to ensure their production was sorted backstage. Their management structure, systems and processes have therefore been designed to support their people without compromising on what the management needs to run a profitable business. To  facilitate this management of the floor is divided into two complimentary teams, one responsible for performance and productivity, the other for coaching and quality; this helps prevent the more qualitative engagement stuff taking a back seat to the quantitative performance stuff.

Collect Lots of Data and Share it with Staff

While NTT’s approach to systems has admittedly been prompted by the requirements of attaining the prestigious ISO 9001 certification, NTT have gone a step further with a near obsession for measuring everything that informs performance, even designing some of their own systems. By making their processes transparent and data available to everyone NTT tightly link two of the key enablers of engagement – engaging managers and employee voice. Being transparent data nuts encourages everyone to take responsibility for making improvements, and importantly kills off the blame culture by giving them the ability to precisely identify the root cause of problems, says Dave. Conversely managers and coaches can call on the data during discussions about how to improve any aspect of an individual’s or team’s performance.

As for surveying their staff to measure employee engagement Dave says they don’t need to. Their collection of data and open culture of inviting feedback means they pretty much have the information they need to hand all the time. It’s regularly reviewed and discussed in monthly wellbeing meetings and augmented by feedback from exit surveys.

If intelligent processes are “one of the key reasons we’re still trading” according to Dave, creating positive and motivating working conditions undoubtedly helps too. Staff are provided with free tea, coffee and fruit, everyone is invited to the Christmas party, held no matter what kind of year they’ve had; and everyone is encouraged to socialise after work on Fridays, not that much encouragement is needed.

In charity call centres incentive schemes are an important tool for motivating staff. But with clients and campaigns varying widely and offering differential opportunities for employees to get a bonus, the schemes can sometimes seem unfair, even demotivating some staff. Seeking a fairer solution, NTT’s approach has been to gamify the front line and reward behaviours in addition to performance. Callers can score points against a whole range of qualitative and quantitative indices including call quality, attendance, and milestones reached and there is recognition for callers of the week and month. More attainable bonuses spread among more staff means more engagement Dave says.

Supportive management systems and positive working conditions are all well and good but their impact would be negligible if NTT didn’t place even greater attention on its callers who are in the spotlight every time a phone is picked up to them. Nobody seems to know this better than Dave who began in the business ‘on the floor’ and told me he’d spent days immersed among his callers in order to ascertain exactly what was needed to raise and maintain their engagement.

NTTs approach to treating their callers as individuals with hidden potential to be unlocked through proper support and encouragement, supports the theory that people who are treated well reciprocate through their work. Integrity – a key enabler of employee engagement, is of little value without follow through. NTT therefore offer their callers a meaningful development path, the  assumption being that they’re in it for the long haul. Heavy emphasis is given to training, with a 3 day induction that conveys the strategic narrative – another key enabler of engagement, to help  employees connect to the company, its history, trajectory and their role in it. Inductees then enter a ‘graduation bay’ for several weeks which helps filter out those not committed.

For many call centres that would be more or less be sufficient, but not it seems at NTT whose leaders know that to return the quality results their clients demand, a more personal approach is needed, one that frees people from the least appealing aspects of the job such as admin so they can focus on what they’re good at.

…and Give Them Lots of Coaching

This is where the astuteness of splitting up the floor management comes into its own. The most engaging managers’ coach and what better way to make sure of it than by having a team solely responsible for coaching and mentoring, empowered to work inter-dependently of the performance number crunchers? For NTT it means that every caller gets one to one coaching to help them work out how to perform their best without using scripts which NTT eschew in favour of letting their callers personality do the talking. The approach gives NTTs managers and coaches’ greater insight into the particular strengths, needs and issues of employees and engenders stronger loyalty by demonstrating to employees that NTT is genuine in its desire to meet their
needs.

NTT coach their staff once a week for the first six months they’re in the job, and 2-4 times per month thereafter, consistent with best practise among the highest performing companies and remarkable for a firm of their size. In fact every employee has their own coach (the firm has 7 in total) and there’s even a coach for every campaign. Eric Schmidt, Chairman of Google, who once famously said “everyone needs a coach” would be impressed.

In addition to all the personal attention staff get the teams meet monthly to discuss how to improve employee well being. And to mitigate the meaninglessness callers can experience by being  removed from the outcomes of their work NTT arrange visits to client charities so they can see how their hours on the phone contribute.

A final word on their MD. Dave’s philosophy is that having an engaged workforce is the best way to run their business, lowering operating costs, raising productivity and resilience, and satisfying customers. Research shows that while a lot of business leaders appreciate this fewer still follow through. Dave says he spends more time on the floor among his callers – managing by wandering around – than he does in his office. It enables him to sense the atmosphere so he and his managers can respond to slumps, an approach he says is critical in his business. In my two hour visit he came across to me as being a model engaging manager/leader. It’s not a personality every leader is naturally endowed with, but the behaviours can be learned, and the methods certainly can.

So what is the overall lesson NTT Fundraising can pass on to others? Some would say the firm is an exception. That to invest in your ‘chorus line’ employees to this degree is nice to do but risks you making a loss in an industry where profit margins are so slim all costs must be strictly accounted for. My visit suggested that it is NTTs willingness to challenge this orthodoxy and make employee engagement their core matrix, as Dave put it, that may be the exception and the reason they’re managing to thrive in an industry that’s lately been all about survival.

For them the best way to profitability long term is to reduce the costs associated with people seeing the job as a stop gap on their CV, by creating the kind of jobs and workplace that persuades recruits to devote a more substantive part of them and their careers to it. I was left in little doubt that none of this is arbitrary.

It is clearly strategic, integrated into their way of working and something they’ve been working on before employee engagement even became fashionable. Dave and his colleagues would probably baulk at being described as a cool centre. And charity call centres may never really fit that image. But there’s no reason they can’t be successful, engaging places to work and lead a fulfilling career. The success of NTT Fundraising would seem to prove it.

Mark Wilkinson, Director of Wilkoach & Associates is a volunteer ambassador for Engage for Success

Image courtesy of Ambro at FreeDigitalPhotos.net 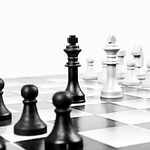 Thriving at work – new ways to engage your people

Why Shareholders Come Second When It Comes To Purposeful Marketing How Much Does A Happy Workforce Cost? Why is Employee Engagement Going Down for the First Time in Years and How to Give it a Boost
{"email":"Email address invalid","url":"Website address invalid","required":"Required field missing"}
Share0
Tweet0
Share0