Talking About Mental Ill Health In The Tech Industry

An IT developer who had a breakdown in the office and walked out on his job is today using his experience to support colleagues.

Mark Sayer, 50, began suffering from social anxiety and depression and he found it difficult to express his feelings to colleagues at work and he became more withdrawn and anti-social as time passed.

But it all came to a head when Mark, who works for health tech firm EMIS, eventually lost control of his emotions and walked out on the job he had loved for 26 years.

Luckily for Mark, he was able to see a GP quickly and receive a diagnosis that would help his colleagues understand his mental ill health and lead him to become a mental health first aider, supporting others who found themselves in a similar situation.

Opening up about mental health

Dad-of-one Mark said: “The IT industry has a reputation of being very competitive, which not only makes it even more stressful when you are suffering mental ill health, but it can be a very difficult environment to talk about your feelings.”

He added: “I feel very strongly that I wouldn’t haven’t had to take time off work with stress if I had talked to someone about the way I was feeling, rather than bottling it all up and hiding away. It’s a cliché, but it’s a huge step talking to someone and it’s such a difficult thing to do, but once you’ve done it you instantly see the positives in it.”

He added: “It took my breakdown and following diagnosis for me to recognise how much I was struggling. Typically for someone with an ‘IT brain’ – once I had a name for it, I was able to deal with it much better. Lots of people just struggle through because they don’t communicate with others about their feelings.”

Research for BIMA’s Tech Inclusivity & Diversity Report 2019 found that 52% of tech workers have suffered from anxiety or depression at some point. It also found that people working in tech are five times more depressed than the UK average.

Mark, who was supported by EMIS to return to his role, is one of 21 Mental Health First Aiders at the Leeds firm, introduced to ensure there is always a listening ear for anyone who is struggling and, importantly, help identify triggers which may be exacerbating mental ill health.

Mark, who is married to Sarah and dad to nine-year-old Monte, said: “Communication is the key. EMIS was great with me, once I communicated the problems I was having they were able to look at the things we could change to remove some of the triggers that were making it more difficult for me.

“That’s why I wanted to become a Mental Health First Aider. I felt like I had the experience to understand, but that having people in place and ready to talk would reduce the level of anxiety. Depression caused me to deal with things in a way I shouldn’t have done. I don’t want others to go through that.”

While Mark was able to continue producing results at work, he suffered from mood swings and became unreliable when it came to social events and lost friends.

He added: “I don’t want anyone else to go through what I went through. It sneaked up on me. I had been fairly outgoing, but I became very uncomfortable in social situations, I had mood swings – I don’t think I was much fun to be around. It got to the point where I would go into work with a pair of headphones and I wouldn’t take them off all day. I generated an air of grumpiness, so I don’t think anyone wanted to be around me, looking back I was building a barrier for people not to approach me. “

He added: “If you are suffering from mental ill health you can be your own worst enemy, you become very good at blocking things out but it’s exactly the time you need to communicate.

“Your ‘depression’ says it’s protecting you but all it’s doing is alienating you.”

Mark said: “We are not clinically trained, but we are taught how to identify changes in behaviour and what they might mean. We can’t stop depression or anxiety, but we can give advice and help them see there is light at the end of the tunnel.”

Mark added that during the pandemic he has encountered more staff struggling with loneliness.

He said: “I’ve had a number of people who have got in touch because they are struggling at home.

“Despite the image, IT is quite a collaborative way of working, so the sudden transition into working from home with no opportunity for face to face collaboration during the lockdowns has been quite difficult for some people, especially those who live alone. You can be on video calls all day without actually talking to someone, or some people might struggle with anxiety in that kind of setting.

“Our role as Mental Health First Aiders could just be about having a chat about something other than work, or just listening to what’s happening with them. I think after more than a year of being away from a physical office space, a lot of people will have to learn how to interact again and build up confidence about being around other people when we’re able to meet up again in our offices.

“We are working in the health tech industry, it’s our business to offer ways of supporting people’s health, so it’s only natural that we should be doing it among ourselves too.

If you are struggling with your mental health you can find online support through a number of mental health charities, including Mind, CALM, and the Samaritans. 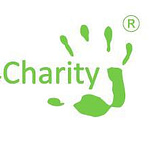 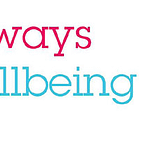 Employee Engagement & Employee Health & Wellbeing: Can you have one without the other? DoH (3) Case Study: Hyndburn Borough Council Friendly Faces and a Fresh Approach to Emotional Wellbeing Aster Group – Case Study on Wellbeing and Menopause Awareness