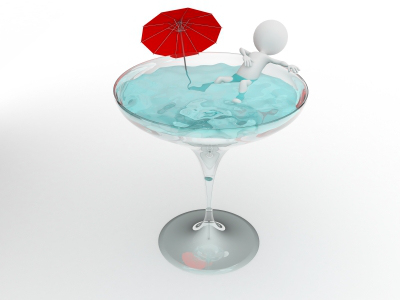 Having started in the role in February 2013, the Head of Talent was tasked with implementing a ‘Martini Culture’ by July 2013 by the CEO. This was interpreted as ‘working any time, any place, anywhere’, and she developed a vision of an organisation where employees were free to work where and when they were most productive. The aim was to develop and maintain the innovative, start-up like culture that the company had, with a view to significant future growth.

The primary challenge for the senior team was to agree to manage people as though they trusted them. All members of the team agreed to do that.

Working with teams of interested employees, the Head of Talent then developed a flexible working trial which commenced 1st July 2013 and a 2-part performance management system to support it. This PMS was based around an ongoing conversation about performance and progress towards employee-driven goals and a regular personal growth conversation known as ‘Unlocking Talent’.

During the 3 month trial, which gave people limited flexibility around core hours, employees decided what outputs they wanted to achieve. Their manager’s role was to coach, enable and support them to achieve those goals and they received skills training to do that plus 1-2-1 coaching and support from the Head of Talent.

The trial was a success. Managers embraced the new way of working and there were no major challenges in terms of behaviour or performance. So on 1st October 2013, all restrictions around where and when employees could work was lifted and the dress code was removed as a visible sign that things had changed.

Managers didn’t all ‘get it’, even though they said they did. So steps were taken to introduce a regular management behaviour survey which sought feedback from employees in order to identify issues with individual managers and act as a useful development tool for all managers.
Whilst the changes in outcomes were significant, we realised that we weren’t seeing the full benefits of the levels of autonomy we’d given, so we ran sessions in early 2015 to emphasise the control (and therefore responsibility) that everyone had over their results.
We felt that we weren’t focussing people on quite the right thing in 2014. We had focused everyone on the client and the company’s aim (expressed as ‘Exciting Insight’) at the beginning of the year, but we redefined the company’s Purpose during the year and re-focused all employees on that in 2015.
One of the important issues raised by the flexible working team prior to the trial was the need to deal with issues arising with employees on an individual basis, rather than ignoring the issue or responding by imposing company-wide restrictions. As a result of the implementation of the change through the team, we created a group of champions who effectively ensured that this happened in the early stages of the new ways of working.

Voluntary turnover reduced from 17% in 2013 to 6% in 2014.
Wellbeing increased significantly, reducing stress levels as people felt they had greater control over their work life balance.
Innovation was employee-driven. This was really helped by the careful on-boarding of new employees, who were encouraged to challenge the status quo and the reaction to that by managers encouraged other employees to do the same.
We attracted great candidates and even ‘won’ candidates from the competition during the recruitment process as a result of the way we worked.

Ensure that the senior team fully understand and support the initiative.
Involve employees in the design and implementation of the new systems.
Identify champions within the organisation who will identify and deal with issues arising as quickly as possible.
Give people the freedom to challenge (with respect) at any level, if they believe it is the best thing for the organisation.
Consumer Intelligence is a market research company which was founded in 2003, based in Bristol and serves financial services companies across the UK. It currently has around 70 employees. Its purpose is to help client companies make their consumers happier and by doing so to ensure that client companies are more successful.

Translating engagement into something line managers can work with.
Case study: Harvard Business Review: The Impact of Employee Engagement on Performance
Mid Sussex Environmental Services – Serco
Change Of Mindset: How To Manage Mental Health In The Workplace
The Engaged Employee: How to keep your people flourishing whatever the weather