Building team morale is one of the most critical aspects of developing a successful business. When morale is high, your team will be more productive and efficient. However, low morale can make it difficult to get anything done.

This article discusses some valuable lessons about improving team morale. Example from a successful startup that sold online training is illustrated here to help explain the points being made.

a real story about staff with low morale

A few years back, I worked closely with a business to help them prepare a Product Roadmap for a new piece of enterprise software. To help them create a new technology solution, I needed to first take a deep dive into their business to understand what kinds of problems needed fixing.

The Product Roadmapping process of gathering these details is pretty long and involved. During my time working with the business, I spoke with most of their staff and learned a lot about their culture and processes.

The business model was based on selling packages of eBooks and eCourses. They had stumbled across a new niche they wanted to explore. At the time, the business was working pretty well, although most of the employees were part-time because the annual revenue was low.

The new experimental niche was well received by the audience, and they sold more content packages in a single 7-day sale than they had across the 6 months before that. This boost in revenue inspired the company owners to increase their sales numbers.

This is when morale problems started to creep into the business. Up until this point, the team was happy with their working lifestyle. Each employee had sacrificed potential earnings to have more free time, there was good chemistry between the team members, and they had the capacity to do a great job on each sale.

Suddenly, the work schedule was crammed with new sales, forcing the team to work more days in the week and longer hours to keep the quality level high. The owners took some measures to adjust wages, but their focus was on revenue rather than the team’s happiness.

The owners brought on more staff to help with the new sales. This process was handled exclusively by the owners, and while the new team members were qualified, they didn’t gel well with the existing team members.

Slowly, the workload caught up with the team, and the quality of the sales started to drop. This was noticed by their customers, who voiced their concerns and disapproval.

Even in trying times, the team had always hung their hat on the fact they did a great job, and customers loved them. Now, even this had been taken away from them.

Slowly, senior team members started to resign. The business had changed direction, and the new crammed schedule wasn’t what they had signed up for.

With less experienced team members taking the reigns, communication and management issues became more frequent, resulting in finger-pointing. The last thing any overworked employee needs is to be blamed for something going wrong.

Morale had hit rock bottom… which was bad news for me since I was trying to figure out the best way to help them build a new software platform to fix some of these issues!

Lessons to take from this story

The specifics of this narrative have been anonymised for obvious reasons, but the company ended up making some significant changes a few months down the track as the owners picked up on the problems with staff morale.

The owners interviewed each staff member to get their thoughts on what was happening with the business. This turned up some interesting insights:

Humans thrive on appreciation and recognition. A common mistake employers make is to assume employees are motivated simply by money. There’s much more to a working relationship than simply getting paid to do a task. Gaining respect and admiration from colleagues can be a powerful motivator for employees. A hard period of work can feel meaningless if the person that asked you to tough it out doesn’t recognise the challenges you overcame.

The team wants to be part of the decisions.

The team is more invested in the business than you would know. They want to be kept abreast of big changes. Sometimes this isn’t practical or possible, but where possible, keep them informed on what’s happening. Communicating upcoming changes like hiring new people, introducing new important products, changing suppliers, or bringing on new partners helps your team feel connected to the business.

overworking staff is a big no-no.

Business owners can easily fall into the trap of overworking their staff in their pursuit for success, that they forget that their employees aren’t on the same journey and are perhaps playing catch-up. Most dedicated staff will go out of their way to do a good job but should be treated like a valuable resource. Pushing them to get overworked can result in nothing but negativity and stress.

one toxic team member can ruin it for everyone.

point fingers at problems, not people.

No one likes getting into trouble. It’s even worse if everyone in the team should own the problem and one person is being singled out. It’s pretty easy not to blame your team members. This doesn’t mean sugar-coating problems with quality, consistency, or effort. These problems should be presented as the collective enemy of the team to encourage the team to band together.

How the morale problems were fixed

The company took these steps to improve their team’s morale.

The owners organised interviews with everyone on the team every quarter. These interviews were informal with the aim of understanding if any morale problems were bubbling under the surface. They allowed the employees to voice concerns and feel like they were being heard.

Whenever someone on the team finished a period of hard work, completed a challenging task, or had gone the extra mile to get the job done, the owners publicly thanked them. The simple gesture went a long way in encouraging the rest of the team to put in the same kind of effort, even when it pushed them to the edge of being overworked.

The owners brought a handful of staff into each interview to get a feel for the candidates and their fit with the company culture. From this point on, everyone who joined the company instantly gelled with the team, avoiding the morale problems that result from drama and interpersonal tension.

Finally, the owners took the initiative to prepare a quick monthly brief on the strategic changes they planned to make within the business. During the weekly status meeting, they shared this brief with the team and opened the floor to questions.

Why morale problems are hard to identify and fix

Morale problems can be difficult to recognise unless your business has the right processes and frameworks in place. Most people steer away from conflict and drama and would rather be mildly uncomfortable if it means they aren’t put in the middle of an interpersonal problem.

At the same time, business owners and managers are typically super busy. Making the time to meet with employees regularly to check that everything is going well can be an unaffordable luxury.

Even teams with daily meetings can be blindsided by morale problems if the culture hasn’t been created to encourage honest and open feedback.

Building this kind of culture doesn’t come without its challenges. Professionals that have worked their way up the food chain to become executives, owners, or managers typically don’t like being told they’re doing things wrong (even when they are). If these same people are at the center of the morale issues, they first need to make a paradigm shift to accept feedback objectively and want to fix the issue regardless of who’s at fault.

Conflict is uncomfortable, but it’s a good thing if everyone is committed to solving problems and being better at what they do!

How to identify and address morale issues

The best way to quickly identify morale issues is to create an open platform for team members to provide feedback on where they believe processes can be improved.

Before attempting this meeting, it’s crucial to lay the ground rules:

Start with what’s going right. This can be personal accomplishments of people on the team, shared achievements, processes that are working well, or anything else that empowers the team.

When spirits are high, move on to the elephant in the room and talk about what needs to be improved. As the manager, this is the time to pay attention to what’s “not” being said. Often times, the morale issues are the topics that are approached delicately or completely ignored. Other times, your team will call a spade a spade and shine a bright light on the issue.

No one has ever been overjoyed to host this kind of meeting and confront issues head on. They’re uncomfortable and can get heated. What business owners don’t realise is that a lack of morale can directly impact the bottom line and cripple the team’s efficiency. When the two options are weighed up against each other, it’s clear as crystal that difficult conversations need to be had to keep the wheels turning over.

Morale problems easily find their way into any business. Owners, directors, and managers often lose sight of the bigger picture in their quest for growth. All it takes is a couple of poorly considered business or hiring decisions.

Once morale drops, it’s up to the management or business owners to make significant changes to how the business operates to fix the problems as quickly as possible. This isn’t always easy, but adopting some of the techniques we described in this article would be a great place to start. 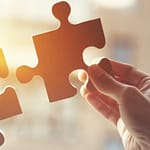 3 Ways To Improve Employee Engagement In Your Organisation 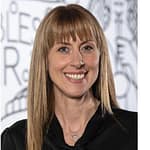 10 Reasons To Use An All-in-One Employee Engagement Platform