Why The Business World Needs More Women In Leadership

The topic of gender equality in a professional context is nothing new. However, despite a concerted effort by some to move in the right direction, there remains a visible disparity between men and women in leadership roles.

IBM’s most recent study on women in leadership suggests progress may actually be in decline. Its findings show that globally, the number of female senior leaders has changed very little since 2019, with executive board and C-suite positions held by women standing steady at 8% and 10% respectively.

Compounding matters, it also identified a significant bottleneck in the leadership pipeline, with fewer women now in lower-tier management roles than two years ago.

But perhaps the most concerning statistic from the IBM study is that just one in four of the organisations surveyed considered the professional advancement of women a key business priority.

The Benefits of Diversity in Leadership

It’s a well-established fact that diversity and inclusion are highly beneficial to the workplace. It’s not just gender identity, but race, ethnicity, age, socio-economic background – even varying personality types.

Each point of difference brings a unique perspective, fostering greater innovation, and an inclusive workplace ensures fair and equal opportunities that allow the most promising talent to excel.

Organisations that make D&I a strategic priority see substantial gains – particularly those that focus on diversity in leadership.

Some of the specific benefits relating to gender diversity in leadership include:

Obstacles to Equality in Leadership

To solve the problem of gender inequality, it’s vital that organisations first address the challenges facing women in business. Without an understanding of these deeply rooted obstacles, it’s impossible to achieve the cultural shift required to overcome them.

Obstacles can be seen as social, structural or personal, but they all stem from historical perceptions of gender:

Gender stereotypes, and the assumptions that accompany them, are a major barrier to professional development for women. Whilst most of us would prefer to think we’ve moved beyond outdated gender roles, the male/female divide is still very much ingrained in society – and the workplace.

Qualities such as ambition, determination and assertiveness – that lend themselves to professional progression – are deemed admirable in men, but not so in women. Gender stereotypes dictate that women should be soft, gentle and self-sacrificing – only.

This presents somewhat of a paradox for the professional female. Show the qualities historically expected of a leader, and she’s looked upon unfavourably. Conform to stereotype, and she’s overlooked completely when a leadership post becomes vacant.

It is, of course, far from one-sided. Gender stereotypes exist for men too that suggest they’re unsuited for certain roles. The problem is these roles are typically of a supportive or administrative nature, so by consequence, women are required to step in.

This is a structural obstacle rooted in the historical dominance of men in the professional world. When we look at how business is done at a senior level, we still find evidence of a ‘boy’s club’ atmosphere (for want of a better term).

Informal networking occurs over out-of-hours drinks and sporting socials – the kind of activities it’s assumed women have no interest in. As such, their ability to make an impression in leadership circles is limited.

Whilst there are a growing number of networks geared specifically towards women in business, this potentially exacerbates separation rather than encourage gender parity within established organisations.

To break down these barriers, inclusivity needs to stretch beyond office parameters. Both women and men need to feel welcomed into environments where valuable connections are made.

Here we need to make a distinction between a mentor and a sponsor. Whilst the former is someone willing to impart knowledge and experience to aid in professional development, the latter publicly advocates for an individual’s progression.

With a sponsor, employees gain access to high-stakes roles and responsibilities that allow them to advance. Essentially, they have someone in a position of power that has a vested interest in their success, and more doors open as a result.

Women have increasing access to mentors but remain underrepresented when it comes to sponsorship.

This is likely down to human nature. We tend to gravitate towards those we can relate to, and gender plays a significant role in the formation of workplace relationships. Since there are more men in positions of power, it stands to reason that the junior employees they advocate for are, more often than not, also men.

The need to maintain a healthy work-life balance is not gender-specific. However, for professional women, it is often a far more complex issue.

The choice to start a family has greater implications, and despite a growing cultural shift, they remain the primary caregivers in most households. They take on the lion’s share of chores, look after the children, and are more likely to provide care for sick or elderly relatives, all while maintaining full-time employment.

This battle between professional and personal responsibilities can result in burnout, leading many women to downgrade their careers in favour of flexibility, or walk away from their professional goals entirely.

For many women, one of the biggest barriers to career advancement is the feeling that they’re simply not worthy – that somehow their achievements are not comparable to those of their male counterparts, and as a result, they’re less qualified for progression.

Imposter syndrome is known to disproportionately affect high achieving women, and the concept itself does little to help the issue of gender disparity in leadership.

It implies self-doubt and a lack of confidence – internal issues that women must overcome themselves. The reality is these feelings stem from historical sexism and years of male dominance.

Overcoming imposter syndrome is not a case of overcoming self-doubt. It’s a case of shifting perceptions and workplace behaviours.

How to Promote Female Employees into Leadership

Gender equality is not about equal representation of the sexes. That is an oversimplified notion that leads to tokenism – the appointment of women to senior posts to fill a quota.

Token hires are counterproductive because they’re not based on fair opportunity. And it’s a culture of fair opportunity that needs to develop to break down the barriers facing women in business.

To encourage and support female employees into leadership roles, organisations need to level the playing field.

Open Up Lines of Communication

Give all employees ample opportunity to discuss their career aspirations with senior management. Make goal-setting a key part of performance reviews and discuss personal development strategies with anyone seeking progression.

You can’t support a woman or a man into leadership if you’re unaware of their intentions. Equally, employees will struggle to access development resources without a senior point of contact.

Look at the managerial culture that exists, and consider to what extent this supports gender disparity. Women tend to make for more empathetic, inspirational leaders, and if this isn’t an approach your organisation promotes, there’s an added barrier to entry.

It’s widely believed that male leaders can take a lot from the female approach, so look at leadership programmes for all senior staff that empower them to become more effective in their roles. With a wider variety of leadership styles encouraged, you’ll break down assumptions on the qualities required for promotion.

Sponsorship, in particular, has predominantly favoured the male workforce, meaning men have progressed significantly quicker than women. To level things out, there needs to be a concerted effort to ensure anyone with potential is advocated for, regardless of gender.

Having dedicated programmes in place helps remove any unconscious favouritism, and allows more beneficial relationships to evolve beyond the confines of gender.

Progressive companies understand that the nine-to-five office routine is restrictive to the extent that it negatively impacts employee engagement – and that subsequently, flexibility is of benefit. So it makes sense to shift your current working culture.

In doing so, you give women in particular greater freedom to balance their personal and professional lives. This in turn leads to increased retention and advancement of women in the workplace.

There’s no definitive blueprint for encouraging women into leadership roles, and it’s impossible to discuss every possible approach in this article.

The most important takeaways are that female leadership is of great benefit in the business world, and to achieve true diversity in the workforce, we need to partake in difficult conversations around stereotypes, bias, and years of institutionalised gender inequality. 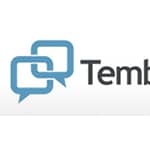 How HR departments can adapt to millennials as employees 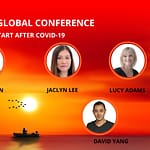