Why 1:1s are essential to this Tech CEO

A few years into my role as Chief Technology Officer of different startups I decided to run periodic one-on-one’s with my direct reports. I don’t miss any of them.

I know there are many people reading the previous line thinking “I don’t have time for that” or “I’m sure he does it because he has enough time” or similar thoughts. I know, because I used to think that way a few years ago.

Now, I can guarantee you something: not allocating time for these meetings is one of the worst things you can do to your time as manager.

Let me give you a little bit of context

When I was studying, I never imagined myself in a role managing people. I’ve always been passionate about tech, so I started to code and, eventually, got a job. That’s it. All I wanted was to work at what I liked the most and I had no plans to become a manager.

But like many others, eventually, I found myself in a position where I have to hire people to make the company grow. It turned out that I was going to have a team! Yay! But I was just a developer, so what could go wrong? 😜

I like to learn by doing, but that means I will make mistakes and from that point on, I realised my mistakes will have a greater impact, both on the business and on the people. Don’t get me wrong, I loved my new role from the beginning, but I had to learn everything about it. I believe a lot of managers become managers the same way.

To be honest, I thought I was quite good at it. I still keep really good friends from every company I’ve worked in, and some of them even still work with me. As a team, we were excellent performers. We put ourselves under a lot of pressure and challenging goals, but it was uncommon that we missed a deadline.

Now I realize I didn’t pay much attention to how they were feeling. Let’s say I was just a performance-oriented manager. Which, by the way, seems to be a pretty common scenario.

No one likes bad surprises

In that context, just imagine: out of nowhere, one day, when you’re super busy because of a deadline, one of your team members approaches you and tells you she has accepted a job offer. Sadly, you won’t need to imagine much, it is very likely you’ve been in the same situation.

I don’t have to imagine anything, because that’s what happened to me.

Instinctively you try to understand if you can do something to retain that person, but it is too late. It even hurts you more when you know that you had a close relationship with her and that she’s a key asset for the team. There are many reasons for someone moving to another job but, as in this case, and many others I would say, the root is some kind of job dissatisfaction.

You may not always be able to fix it when it happens, but at least for me, it’s not acceptable to be absolutely unaware of it.

I cannot accept this could happen again.

People will always change jobs, it’s inevitable. I’d say even more: you shouldn’t try to avoid that, because it’s natural. Assuming that a person has gone through an onboarding process and it’s a good fit, your goal here should be to make them as engaged as possible during the time they are with you. But… how? Where to start?

I first heard about 1:1s from attending community events. I still remember this talk from 2017 as the one which inspired me the most. It changed my perspective because it made me realize how things can be handled differently while managing people, in a much better way. I was really shocked, so I immediately started to investigate and read about the topic, and a few weeks later, I was scheduling my first one-on-one with my direct reports.

Now it looks obvious that you need to create a space for your people to talk. Sadly, it wasn’t that clear for me until then. Some people will talk to you openly, but even the most extroverted person will find it hard to talk about some topics like salaries or issues with their teammates. You need to be the one who creates this space, in a regular way, to create a trustworthy relationship and be able to understand what’s going on within your team early enough.

As a manager, you cannot change certain things that are attached to the company culture itself, but we can also say there are many others we can actually change. This is one of those things.

A lot to learn

Of course, running effective 1:1s is not as simple as I stated in the previous paragraph, but better to do them poorly than not doing them at all.

You’ll have to learn things. You should be the one scheduling the meeting, but you’re not the meeting owner (at least not entirely). You have to teach your team how to get the most out of them, they could feel uncomfortable at the beginning, and many other details.

For me, as of today, a lot of things could happen that may affect my agenda, of course, and, sometimes, I may need to reschedule a meeting for later on that day or the day after, but that’s all, the meeting never gets cancelled. It is a strong message for anyone in your team: I’ve time for you, I value you. The periodicity depends on the project and the stage of the company, but the important thing is to commit yourself to these meetings as a proxy to commit to your people, no matter how busy you are.

Since then, I had more people on my team leaving, sure, but none of them have been such a surprise. In one way or another, I had the insights and I was able to take action, or consciously leave things as they were.

As you may already know, I’m an advocate of 1:1 meetings. I cannot recommend them enough. To adapt your approach to a virtual environment try a few of these tips: How To Avoid The Worst Online Meeting Pitfalls – Engage for Success.

I know some companies will never do it. They won’t be able to hire and retain talent and thus, they won’t be truly competitive in the long term. Besides that, creating a working environment of which you’re proud of must be an end goal.

Everyone should find their cadence and style, but you should be the one to find a way to create this safe space for your people. 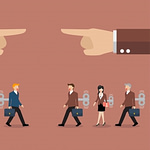 Taylor Review and Be the Business Launches 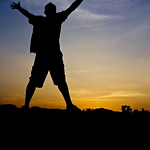