Why Shareholders Come Second When It Comes To Purposeful Marketing

EY – formerly Ernst & Young – overhauled their brand two years ago and took an ‘inside out’ approach to marketing, believing that happy employees will make for a stronger bottom line. But too few brands are following suit despite the obvious economic and social benefits.

‘Brand purpose’ is a phrase increasingly espoused by marketers, claiming that companies need to show they are more than just money machines and actually stand for something in the wider world. And from immigration to women’s rights and sustainability, it seems the causes for such brands to get behind is only growing.

However, what many jumping on the ‘purpose’ bandwagon are overlooking is that it’s not something concocted by an advertising agency. It’s not a slogan, or campaign idea and it’s certainly not a tweet in response to whatever happens to be galvanising the nation at any one point. It’s something that must start from within and with the understanding and support of the chief executive, the board and perhaps most importantly, employees.

So when consultancy firm Ernst & Young decided to re-brand to EY it had the vision of becoming a purpose-led brand, but knew that to succeed it must do so from the inside out, engaging its employees first and foremost.

It might seem like a simple idea but it’s not one many brands subscribe to. According to research from engagement consultancy Dragonfish in partnership with The Market Research Group at Bournemouth University, nearly two-thirds (64%) of employees don’t understand what the brand they work for actually stands for.

However, there is an under appreciated commercial benefit of having a company that genuinely links their own people to the brand and then customers. In fact, so important is this connection that EY’s chief executive Mark Weinberger used a panel session at the World Economic Forum at Davos to rhapsodize about how it’s looking past shareholders and focusing on engaging its employees and the wider community. The belief being that, in the long run, EY will generate greater returns for those shareholders.

“We’re having a panel at Davos on purpose, but it can’t be a talk track. It has to be built into the organisation. Now we have more data it’s incredibly easy to see the correlation between engagement and profit,” said Weinberger. “The big question is how to execute purpose. You can’t just say you have it, you have to be authentic and have to drive it through the organisation.”

EY’s purpose is ‘Building a Better Working World’. “We want to build a better working world through our own actions and by engaging with like-minded organisations and individuals. This is our purpose — and why we exist as an organisation,” it proclaims in a mission statement on its website.

In answer to Weinberger’s problem of executing this, former WPP executive John Rudaizky joined in 2014 as head of global brand and marketing to lead the charge.

“Purpose led thinking can’t just be wrapping, otherwise the dial won’t shift and perceptions won’t change,” he recently told The Drum. “You hear people in the brand world talking about purpose all the time but EY embarked on this transformation less through the lens of brand, and more though purpose as a business strategy. ‘Better Working World’ was less about a name change and more about capturing and inspiring our people around the world.”

And the number of those people it had to engage with topped 250,000, with some 60,000 joining each year. Perhaps most tellingly about why EY felt it needed to embark on this shift is the fact that the median age of those employees is 29.

Admittedly a broad term, these so-called millennials “want to come into the workforce and do something that will leave a legacy,” said Rudaizky. “The biggest challenge for businesses today is that yes, people need a job but they want to do something worthwhile.”

The creative execution of this approach manifested in a campaign called ‘Better Questions’, which posed key ideas that are on the minds of business leaders – for example, ‘Is the future of finance new technology, or new people’. Supporting content, surveys and insights were then built around the questions posed. Rudaizky explained that the “questions act as a framework to showcase all the ways we execute [our] purpose [of Building a Better Working World].”

But, to really engage employees in a more tangible way, it launched ‘Better Begins with You’, one of the biggest internal award schemes in the world. It asks anyone in EY’s workforce to put forward a project they’re passionate about helping – the only caveat is that the project has to link to one of the big questions EY has asked in the main campaign. There are four winners and each receives £250,000 to reinvest in that project. Last year, it saw over 6,000 entries.

Other projects aiming to spur the Group include a programme in Germany to support refugees and a ‘Women’s Fast Forward’ initiative which is aimed at helping female athletes, who suffer from short career spans, migrate into commercial world. EY has also set up a separate consultancy to help other businesses approach purpose-led transformation and the Beacon Institute, which EY established as a “convenor of thought” around the conversation of commercial success and business purpose with the specific aim of pushing company boards to see the value in it.

Measuring Satisfaction, Not The Bottom Line

According to Weinberger, the key metric it is now measuring is “employee engagement”. How connected its own people are to the brand’s goals is a key indicator of how successful it will be commercially, he claimed. The metric is taken so seriously across the business that it’s the only thing Weinberger will call each regional manager to specifically talk about each quarter.

This has been backed up by its financial results, with EY seeing a compounded annual growth rate that has outpaced competitors over the same period.

Universum’s ‘World’s Most Attractive Employers’ ranking suggests that EY now sits directly behind Google and Facebook. “We didn’t have this before we had our purpose,” said Weinberger. “We’re not smarter than everyone else. We just tapped into the fact this is what millennials want.”

The challenge now is getting outside organisations to appreciate these engagement scores.

“Outside the organisation, when I talk to the newspapers at the end of the year, [I talk about] our revenue, the people we’ve hired, projects we’ve done, and how people feel in the organisation…the only thing [media] reports on is the financials. So, until we have an index to measure something other than financial results, everyone falls back on that quantitative numbers [to gauge business success]. We really have to work together to develop it.”

Weinberger’s belief is that by getting third parties to properly measure and index employee engagement across the world’s major businesses there will be a greater incentive for more chief executives to build purpose-led businesses that support the communities they do business in.

Image courtesy of jk1991 at FreeDigitalPhotos.net 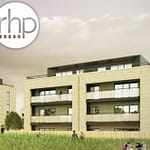