This conversation will explore how the goals of the Wellbeing of Future Generations Act (Wales) could provide core success metrics for an organisation’s strategic narrative and vision.

Contributors: Sophie Howe (The Future Generations Commissioner for Wales) is in conversation with John Williams (CEO of The Institute of Leadership & Management) and Ruth Marks (CEO of the Wales Council for Voluntary Action).

Sponsors: Thank you to The Institute of Leadership & Management for sponsoring this conversation.

Cost: There is no cost; but we welcome donations to Daring to Dream, our charity partner. Daring to Dream is a charity (No 1190590) working to support the emotional health and wellbeing of patients in Wales.

Book your place: book your your ticket via Eventbrite. A link will be sent to registered attendees 24 hours ahead of the event. 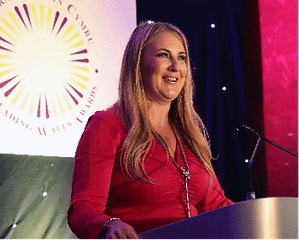 Sophie Howe, Future Generations Commissioner for Wales. Described by The Guardian as the “World’s first minister of the Unborn”, her role is to provide advice to the Government and other public bodies in Wales on delivering social, economic, environmental and cultural well-being for current and future generations and assessing and reporting on how they are delivering. Sophie took up post in 2016 and has led high profile interventions around transport planning, education reform and climate change. Prior to this role Sophie was the first Deputy Police and Crime Commissioner for South Wales. Sophie has served as an Adviser to two Welsh First Ministers and she was an elected Councillor for 9 years from the age of 21. She is named in the top 100 Business Women in Wales, is a fellow at Cardiff University Business School and Swansea University, holds an Honorary Doctorate from the University of Wales Trinity Saint David and a degree in law and politics. She lives in Cardiff with her husband and their five children.

An experienced charity sector activist and leader, she has led RNIB Cymru and Chwarae Teg and an independent review into health regulation in Wales.

Ruth was the first Older People’s Commissioner in the world establishing the independent office and used her statutory powers to review health care for older people; producing the report “Dignified Care”.

Her post graduate qualifications are in human resource management and collaborative leadership.

Ruth regularly contributes to inquiries and advisory boards on issues including diversity, volunteering, the charity sector, and civil society.  Ruth is a trustee of ACEVO and Cynnal Cymru, an advisory board member of Academi Wales, an advisory panel member for the Future Generations Commissioner, a member of the Board of Governors at Cardiff Metropolitan University and a director of the International Federation on Ageing.

John is an experienced Director, with many years in leadership development and international business across Europe, Middle East, Far East, UK, and North America. He has been guest lecturer on Strategy and International Business at universities in the UK and Europe for over two decades, and occasionally writes about business for online publications. He was appointed CEO of The Institute of Leadership & Management in September 2020.

John has appeared on radio and TV in the UK and overseas, and has been published in Huffington Post, City AM, Entrepreneur Country Online, Overseas Trade Magazine and others.

John is a member of several Boards, including the Advisory Board of the Commonwealth Enterprise & Investment Council, and the All-Party Parliamentary Group on International Trade & Investment. He is a Fellow of the Institute of Commercial Management, and a former FCO Diversity Champion. He has also been a consultant to the UN International Trade Centre, and an adviser to the Cabinet Office. Outside of work John has qualifications in sports psychology and sports massage, and his interests include running, cycling, recreational writing and coaching reluctant marathon runners. He consistently fails to make any progress at roller-blading.