Sexual Harassment and Sexual Assault Arbitration Barred by Law. What Should Employers Do Now? 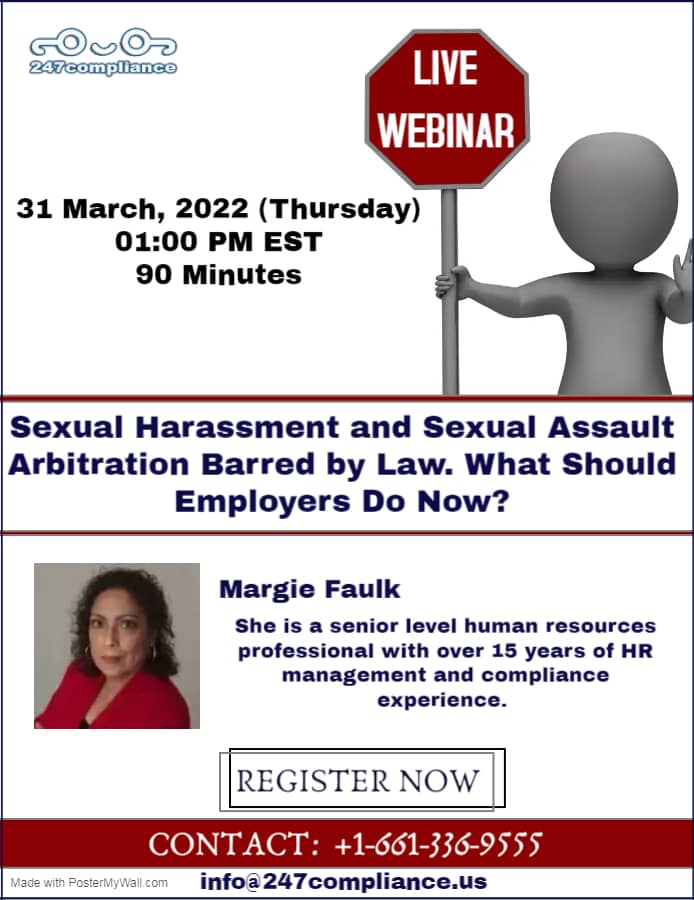 A new law signed by President Biden brings significant changes to employers’ ability to require arbitration of certain disputes with employees and could lead to an increase in sexual assault and sexual harassment claims against employers in court.  On March 3, 2022, President Biden signed into law the “Ending Forced Arbitration of Sexual Assault and Sexual Harassment Act of 2021” (the “Act”).  The Act amends the Federal Arbitration Act (“FAA”) to provide that pre-dispute arbitration agreements and pre-dispute joint-action waivers relating to sexual assault and sexual harassment disputes are unenforceable at the election of the person or class representative alleging the conduct.  The Act took effect immediately upon signing.

WHY SHOULD YOU ATTEND?

The new Act restricts the enforcement of pre-dispute arbitration agreements and pre-dispute joint-action waivers over “sexual assault disputes” and “sexual harassment disputes.”  A “sexual assault dispute” is defined as a “dispute involving a nonconsensual sexual act or sexual contact… including when the victim lacks the capacity to consent.”  A “sexual harassment dispute” is a “dispute relating to conduct that is alleged to constitute sexual harassment under applicable Federal, Tribal, or State law.”  The Act does not expressly cover retaliation claims.  If parties disagree as to whether the new law covers a particular dispute, the law provides that the determination is one for a federal court and not an arbitrator, regardless of whether an arbitration agreement delegates such determination to an arbitrator.