12th November 2012: A high-level taskforce of CEOs representing over a million employees called for leaders and managers across the economy to play their part in tackling the UK’s employee engagement deficit, which is estimated to result in the UK missing out on  £26bn in GDP each year.

In a breakfast summit organised by the ‘Engage for Success’ movement, the task force, which included private, public and third sector organisations, pledged to continue their support for improving employee engagement and exchanged ideas on how to better engage employees in their organisations.

A new website (www.engageforsuccess.org) was also launched during the summit which includes the latest evidence of the effectiveness of employee engagement in raising performance and productivity, as well as case studies, tools and techniques on how to better engage employees. The website also features a new film ‘Come on Britain, get engaged’. The website is a free to use national resource which will help leaders and managers take practical action to engage their people.

Supporting quotes from the launch

Prime Minister David Cameron said: “Engage for Success is a movement that I helped launch last year to get UK workers more involved in the decision making of their companies and feel more passionate about their work. This meeting of leading companies and the publication of new evidence is an important step in achieving this and helping Britain to compete in the global race. With only a third of UK workers saying they feel engaged I encourage all companies to get involved in this important initiative.”

TUC General Secretary Brendan Barber said: “Employers benefit massively from giving employees a real voice in the workplace. Unions have a proud history of helping to deliver this and I am delighted that this research recognises the importance of employee engagement. Empowering workers so they can have a say in the way their organisations are run will  not only increase staff morale it will boost productivity.”

Neil Bentley, CBI Deputy Director-General, said: “With business balance sheets under real pressure, no avenue should be unexplored when looking for growth. Driving growth through talent and employee engagement is right under our noses, and the successful companies of tomorrow are those that really understand this.”

David MacLeod and Nita Clarke, Co-Chairs of the Task Force said:  “As the UK faces up to the challenges of recession and global competition, improving productivity and performance among the UK workforce has to be a national priority and central to our country’s growth agenda.

“Leaders at today’s launch understand the importance of employee engagement to the success of their organisations, now and in the future.  Engagement is also vital for individual employees’ wellbeing. With such clear evidence about why engagement matters – for individuals, for organisations and for UKplc – there is a huge opportunity to be tapped.

“That is why our voluntary movement is launching a free for use website to help every organisation – big and small – engage with their employees better”. 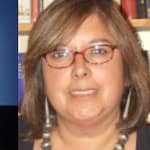