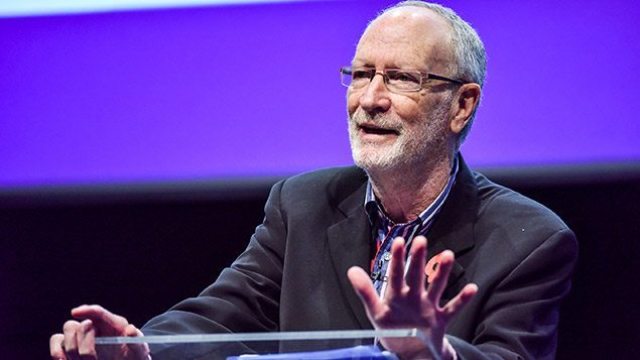 Professor Sir Cary Cooper, esteemed psychologist, and president of the CIPD (the leading association for HR and management professionals), thinks we have a problem in the UK. “Our productivity per capita is very poor. We’re seventh among the G7 and 17th among the G20 countries in terms of productivity per worker,” he explained to Firstbeat. “Yet, we have the longest working hours of any G7 country and are ahead of only the United States in the G20.”

Business leaders have started campaigns and task forces have been created in pursuit of a solution. But, with little sign of things turning around in the immediate future, Sir Cooper believes one thing is holding us back above all else.

“The underlying reason why, in my view, the UK’s productivity is poor is that we don’t have the right managers from shop floor to top floor.

“All the way up the system we have managers who are technically strong but are not very good people managers. They are managers that don’t have very high EQ (emotional intelligence).”

Sir Cooper worked alongside MPs and business leaders as part of an all-parliamentary commission (on behalf of the Chartered Management Institute) that included taking evidence in the House of Commons. The aim was to establish what managers of 2020 should look like. And the main outcome of the three-month study? “When we asked them, what was the one thing above all else that managers need that they don’t currently, the answer was, ‘Social and interpersonal skills’,” explained Sir Cooper.

“Governments throughout history have said the reason our nation’s productivity is poor is because we don’t have great IT, or the right equipment etc., etc. That’s just not true. Our IT is some of the best in the world. That’s not the problem. The problem is ‘who’ and the skills of the ‘who’ that manage people. That is the core of our problem and unless we accept that we’re going nowhere.”

In Cooper’s view, a good manager is one that can motivate, encourage and create an environment where staff feel valued and trusted.

“If you’re trying to get people to produce, it is all about man-management – trying to motivate individuals, giving them flexible working hours when they need it, managing staff through praise and reward rather than fault-finding, being clear that you trust and value employees and, therefore, giving them more autonomy to do what they do.”

A key element of that is to move away from long hours and a culture that blurs the lines when it comes to when the work day starts and ends.

“The work-life balance issue is a big one because a really good manager does not work people for long hours. Obviously, if you have a job to do and it needs to be done by a deadline then there will be long hours required. But if you get your staff consistently working long hours it will burn them out, make them less productive and damage their home environment.”

Simply put, increased hours do not mean increased productivity. In the UK, the average working week is 50 hours. Yet, in Germany – one of the world’s top three economies and the most productive in Europe – it is 35 hours. And, as reported by the Financial Times, the average French worker produces more by the end of Thursday than their UK counterpart can in a full week.

“Long hours culture is damaging people’s health and their home relationships, and we know that if your health is damaged it is likely to affect your productivity,” says Cooper. Indeed, “The common mental disorders of anxiety, depression and stress are the leading causes of sickness absence in the UK economy.”

Putting the right managers in place who promote the right structures and culture can benefit employee well-being and, as a result, employee productivity. In 2018, that also means finding managers who have the correct approach to technology in the workplace.

“The difficulty we now have that exacerbates the long hours culture is people are not only working in a central office for long hours, but using IT, smartphones and technology to do work on their way home, at night, at weekends and on holiday,” argues Cooper. “That’s damaging work-life balance.”

Only last month it was revealed that over 50-percent of commuters use train wi-fi to answer work emails – leading to calls from some to include this commuting time as part of the paid ‘working day’. That’s not the solution Cooper recommends.

“In France, the law says no manager can send an email to their subordinates outside of office hours. In practical terms, that is unenforceable but at least it sends a message. Our problem is that people are always on in today’s society. Work is spilling into people’s leisure time and family time and the smartphone has made it worse.”

Whilst the employer is responsible for keeping work within work hours, there is also some onus on the employee themselves to manage their own work-life balance. Sir Cooper has two tips for both employees and employers to achieve better work-life balance and better productivity.

Hello Engage for Success!
3 Challenges with Internal Communications and Solutions to Overcome them
How Incorporating Modern Technology Can Enhance Employee Engagement
If You're Struggling with Employee Engagement, Try Stepping Back and Getting Personal
How Happy Employees Can Lead to a Happy Company