Physical activity team challenges are an excellent way to engage a wide range of employees while motivating a healthy lifestyle and team building.  The following case study describes how five SME’s all members of Surrey Chambers of Commerce competed in Activity4Charity an online six week step challenge.

The wellbeing subgroup was launched in August 2013 to build on the paper “Why wellbeing matters: Sustaining Employee Engagement & Wellbeing”. Chaired by Wendy Cartwright, former HRD for the Olympic Delivery Authority, the group sought to build upon the great work already taking place and provide a “wellbeing, nailing the evidence” document.

The evidence in this whitepaper report has been drawn from three distinct perspectives: academic research, research by consultancies and organisational case studies. There are small case study vignettes in the main body of the report, but more detailed case studies for each of these are available on this website.

The whitepaper has summaries of case studies, however under the ideas and tools section of the website you will find fuller versions of the case studies. Please find several case studies below of organisations who have undertaken the Activity 4 Charity challenge. 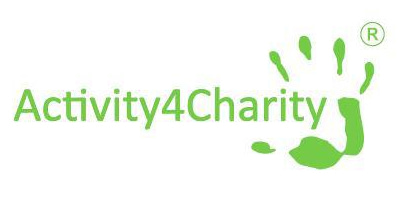 The Activity4Charity challenge, carried out in partnership with Surrey Chambers of Commerce, is always a great success. Activity4Charity is a web based health challenge that combines employee engagement & wellbeing with corporate social responsibility.Surrey Chambers of Commerce has over 1400 member companies with approximately 80% SME’s in the Surrey and border areas, looked after by a team of 10 staff.

Louise Punter, CEO of Surrey Chambers, said: “We are working very successfully with Activity4Charity encouraging our members to take on a health challenge by walking 10,000 steps every day for 6 weeks. It has provided some great inter-company competition as well as internal benefits.”

Surrey Chambers of Commerce are entering the third year of supporting Activity4Charity and have always encouraged Surrey businesses to take part in the 10,000 steps a day for 6 weeks challenge and 27 companies have joined in so far.

Same of the programmes and initiatives provoked by Surrey Chambers are not applicable to both SME and large corporates. However A4C is just as important for all businesses and has enabled us to bring together companies of all sizes. It has been great to see the businesses networking together and sharing the personal experiences and benefits they have gained from the challenge.

Over the past years the Chamber have not only supported and promoted the healthy living initiative to Surrey businesses but the team have also undertaken the 10,000 step challenge three times.

The SCC team (10 employees) have taken the challenge very competitively and have always tried to reach the top of the leader board. Some use the 6 weeks as a motivation to get fit and losing weight while others just can’t say no to a challenge! In addition to the health benefits of the challenge, a team spirit developed which brought further competition, motivation and productivity throughout the entire organisation.

The challenge not only helps to raise awareness of health in the workplace but it also gave the Chamber the opportunity to raise money for the Chamber charities through sponsorship. This helped us engage our members to support other local organisations for a good cause, overall boosting staff morale.

The response from participants in the challenge was very positive. In the end of scheme online survey, 90% reported that the challenge had benefited their personal health and wellbeing and 92% said they intend to maintain a higher level of activity now that the challenge has finished. 66% also responded that it had improved team relationships or office atmosphere at work. One participant said: “As a recently new member to the company, this was a great way to get to know people and help with team building.”

Project Five is an outsourced IT Support company for businesses in the Surrey, Berkshire and 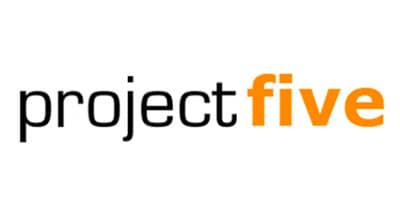 “The staff at project five really enjoyed being a part of the A4C walking challenge. We didn’t know what to expect, so entered with a certain amount of trepidation, not knowing it all the members of our two teams would rise to the task. Everyone immediately engaged, however, and were all attaining their 10,000 steps a day right from the off.

It was surprising how competitive everyone was, not only with the other companies and organisations that entered, but as we entered had two teams, amongst ourselves.   The friendly rivalry in the office meant that when we started, no one wanted to be the first one not to complete their steps. A few people eventually missed their daily target simply because of unavoidable circumstances, but this simply spurred them on not to let the side down again. Over the weeks various mini competitions emerged – who was walking the most steps, who had dropped the least tokens, even who was coming up with the best excuses! The website promoted this, with the various statistics and leader boards it provided.

The general levels of fitness amongst the staff no doubt improved, but more importantly, long term habits changed. Almost a year after the event we still have team members who now take the stairs, or park further away, or take a stroll at lunchtime for its own sake. One member had built the challenge into his daily routine so much that when it ended he just kept on walking, and has pretty much done 10,000 steps every day since.

The more obvious benefits however, were to company moral and team spirit. Everyone was carried along with the event and many surprised themselves. It promoted both competition and camaraderie in the workplace that was not about work. It was challenging enough for everyone, while being attainable by all”

“rhw have been involved with the 10,000 steps challenge twice so far. As with many offices the steady flow of cakes, biscuits and other treats tends to be pretty constant as birthdays and other occasions are marked. Combine that calorific intake with an ongoing heavy work load which tends to discourage staff members from socialising just down to pressures on time, you can end up with a fairly unhealthy and disconnected workforce. Getting rhw’s staff involved with taking on the challenge of walking or moving 10,000 steps a day wasn’t difficult. I think people want to do something that motivates them to become more active. We formed two teams and instructed members how to use the pedometers and upload data, then let them get on with it. The positive change was almost instantaneous. People were more chatty, friendly rivalries got going, staff went out at lunch time to get exercise and socialise. By the end of the challenge nearly everyone reported benefits, whether it was weight loss, better motivation, more energy or just a more positive approach to life. rhw are intending to get involved again in the summer of 2014. We would recommend it as an excellent motivation and team building activity”

Rainbow Trust Children’s Charity provides emotional and practical support to families who have a child with a life threatening or terminal illness. employing around 94 people. Heather Woods, CEO says:

Participation in the Activity4Charity 10,000 steps a day challenge with Surrey Chambers seemed like a really good idea in theory and was easy to agree to before the event!

We could all see the benefits – we’d improve our fitness, it would be a real engagement and team building exercise, we could raise some much needed funds for Rainbow Trust and have some fun along the way.

The reality quickly kicked in and on a chilly February morning with the pedometer registering a grand total of 150 steps it was easy to wonder what on earth we had been thinking of when we signed up!

However, as the days and weeks went on, the benefits became tangible to us all. We were definitely getting more exercise than we would have done without the challenge – gone were the days of driving to the office, walking round the office and then driving home, suddenly meetings were held on foot walking in the fresh air and discovering new locations in the neighbourhood, for us, the riverside crematorium – our local green space!! We became adept at seizing any and every opportunity! We were all more productive in the afternoons after a brisk lunchtime walk. An element of competition set in – who would ‘clock up’ the most steps on any given day, was it easier to achieve (or beat) the daily total at the weekend or at work? We all became experts in how many steps it was between familiar locations. It also became a real talking point, not only between the participants but amongst other colleagues who took a real interest in our daily totals and overall achievements.

Some of us lost weight, toned muscles that, for some, had long been underused and we all felt fitter and more alert during the day.

The end of the challenge loomed and, despite the slight sense of relief when you didn’t need to set the pedometer every morning, we all missed it. Despite our best intentions to maintain our new work/life balance with exercise interspersed throughout the day, it just didn’t happen! On reflection, we all enjoyed it, the ‘discipline’ it involved and the benefits it brought to us both individually and as a team, we signed up and did it all again for a second time last year!

It was (quite) tough at times but it was great fun and a real sense of achievement at the end – we would all recommend it to anyone considering participating.

Enabling you to achieve your financial ambitions

We have taken part in the Activity4Charity challenge twice. The first year we had two teams of 5 and such was the enthusiasm after this we had three teams in 2013.

Sitting at a desk all day is widely recognised as not being good for one’s health so this sort of challenge is a great opportunity to motivate people and give them a reason for getting moving.

There is competition between the teams and everyone is accountable to their team members so they all try really hard and encourage each other to make the daily target. There is also rivalry with other businesses, especially those we compete with in the business world.

The benefits are tangible with increased fitness, weight loss and a general ‘feel good’ factor.

The great thing is that anyone can do this challenge. It is not just for those who play sports. It’s about getting fitter, not being fit to start with. And it doesn’t just have to be walking: swimming or cycling can be converted to contribute to the daily challenge so there really is something for everyone.

So the activity4Charity programme tries to help SME’s to engage with its employees by using the physical challenge to aid in physical and mental wellbeing. At the same time this reinforces the fact that it is a caring employer. This engages the workforce with the company “brand”. Particularly useful with companies who have a very disparate workforce who are looking to help their employees become more active and so more productive.

Wellbeing and Employee Engagement: The Evidence Whitepaper can be downloaded directly here.