Mistakes That Force Employees To Leave And How To Avoid Them

The Cost Of Living Crisis: How Best To Help Your Workforce

If you’re wondering why your best employees are fleeing the organisation despite being paid well and having superb working conditions, there’s surely a reason and that reason could be mistakes your organisation, human resources or executive officials are inadvertently making.

To begin with, let’s consider the high cost of hiring. Recruiting an employee costs an organisation at least $4,000 finds a survey by Glassdoor.com, one of the largest job boards in the world. Therefore, every business would like to minimise this spending of its resources and retain staff. Despite the best efforts, your organisation could be facing high attrition due to one of these reasons.

However, this isn’t something to fear. Mistakes occur because we’re either blissfully unaware of committing them or due to archaic management techniques that we believe are still relevant. This brings to mind a famous quote by eminent scientist Albert Einstein who says: “You can’t solve today’s problems with yesterday’s solutions”. In this article, let’s discover some of the common mistakes employers nowadays make, often, without realising.

You might balk at this suggestion, but research worldwide shows that lack of appreciation ranks as the topmost reasons for employees to leave. Your organisation could have some of the best workers and be rewarding them with incentives and salary hikes but that’s not always enough. Appreciation works wonders where cash and other perks fail.

It is important to define what exactly is appreciation if not cash rewards. Actually, appreciation means showing an employee you value them personally. You could shower them with money but leave that top performing employee feeling unappreciated. For one simple reason: the lack of a personal touch.

There’s a very simple way to avoid staff leaving due to lack of appreciation: add a personal touch. Congratulate the high performing employee in front of other staff members or highlight their achievements openly, which leaves them with a feeling of appreciation. A lot of organisations miss the importance of that personal touch. By including this to your strategy, you can retain staff longer.

Absence Of Up To Date Training Programmes

In this era, technology and various processes, that were commonplace some years ago are getting outdated rapidly. Therefore, it is imperative to adapt to newer working techniques and technologies if you’re serious about your business staying in business. That is exactly where providing training for your employees to upgrade their skills matters a lot.

Leaving employees without training can be very dangerous both to them as well as your business. For employees, the fear of their skillset getting redundant and becoming unable to cope with the latest practices in the industry is very real and daunting. This may cause business growth to slow down until it grinds to a halt and causes the organisation to flounder and fail.

These undesirable situations are best avoided. To do so, you can provide training for employees to familiarise themselves with the latest technologies while upgrading internal systems. Nowadays, there are plenty of online training courses and skill development programmes available for businesses and their employees. Investing in such training courses can help reduce attrition considerably.

The financial cost of a wrong hire can be staggering for any business. The US Bureau of Labor Standards says that wrong hires cost a company at least one-third of the employee’s annual wage. The Undercover Recruiter pegs such monetary losses at a whopping quarter million Dollars while CareerBuilder mentions companies stand to lose at least $14,900 per wrong recruit. Regardless of which figure you choose to believe, a wrong hire costs much more than money. It can cost you those well-performing and stable employees.

Obviously, no organisation worth its proverbial salt would like a hiring decision to turn sour. You can call it a professional or working hazard, however there are ways to prevent such mistakes. You can prevent a wrong or poor hire by recruiting through portals such as LinkedIn, conducting employee background screenings and taking other precautions to make sure that wrong hiring doesn’t occur.

Another major mistake that businesses make, albeit without knowing, is hiring externally for senior positions. As a result, existing employees who are top performers can feel cheated. They will assume your organisation isn’t a place for them to develop their career and start looking elsewhere, even though as a business owner; HR; or executive official your intentions had been be pure. Unfortunately, such decisions often don’t go well for experienced and skilled staff who are performing well.

Why does an employee perform well? Not necessarily for the sake of more money that may come in as commissions, salary hikes or other perks and incentives. Instead, they’re exerting extra efforts because they believe in creating a superb career with your organisation. When you hire externally for senior positions, you are robbing them of that very reason for performing well.

Your organisation can avoid these expensive mistakes by developing in-house talent: Identify key people within the organisation that possess leadership traits and promote them to assume greater responsibilities. Give all employees an equal chance of making it to the top: this leads to fair competition and better performance since everyone knows they could be the winner in the race.

Overtime dues; incentives; and cash rewards aside, business owners and other officials also have to consider one vital fact: the human body and brain can only take a maximum of eight hours of work at a stretch. Beyond that, a person is tired physically and mentally which leads to a decline in performance.

If your organisation is witnessing such a phenomenon, it would be a good idea to hire a few fresher candidates immediately to take on some of the workload. With appropriate training, these fresher candidates will turn out to be good performers.

There could be numerous reasons why your staff is leaving. That presents innumerable reasons for every employer to consider within the organisation and find the right remedies. Remember, no employee will want to jump jobs if you provide adequate reasons to stay.

Author: Nikita Singh is passionate about blogging. She fondly calls it “the art of words”. She is unique and so is her content. Blogging about education, success and making-money ideas is something that she loves to do. 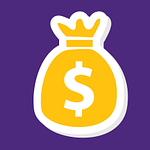 How Much Employee Turnover Is REALLY Costing Your Business 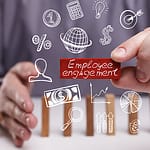