We Love You! Please Stay: 5 Ways To Counter the Great Resignation

Radio Show #460: How do you lead a team through disruptive change?

How to Give And Receive Negative Feedback

Radio Show #460: How do you lead a team through disruptive change?

Those who lived through the Great Depression remembered it for the rest of their lives. It was such a major event that it changed the world. Now, we’re seeing another major historical event. It may not be as tragic as the Great Depression but it has a definite impact on people and businesses.

We’re talking about the Great Resignation.

So, what’s the Great Resignation? What are the steps being taken by companies to counter this trend?

what is the great resignation?

The Great Resignation, or the Big Quit, is a trend that’s been going on in which employees are resigning from their work. Many of those resigning have no intention of finding another work. The trend is said to have started in the first part of 2021 when the labour authorities noted that people were quitting their jobs even though the unemployment rate was high.

In the past, quit rates went up when the unemployment rate was low. That showed employees were confident that they can find new jobs even if they leave their current work. In the USA alone, the first time the government started measuring quit rates up until February 2021, the rate never went beyond 2.4% of the entire workforce per month. Over the past year, 47 million Americans voluntarily quit their jobs and the vast majority of them are not planning on finding new jobs.

reasons for the great resignation

According to researchers, the vast majority of those who have quit their jobs with no intentions of looking for a replacement are younger people. They belong to the so-called Millenial and Gen-Z generations. But what are the causes of this mass exodus?

Those who have resigned have cited several reasons for their decision to quit. Low pay is one of the most common reasons cited. Another reason is they see no chances for promotion or advancement in their organisation. Then there is the feeling of disrespect that they are getting in the workplace. In some cases, workplace conflict has been cited too.

But when you look at these reasons they’re not new at all. These are the very same reasons why people quit probably since the time people became paid employees. So what’s different now?

Some experts are trying to connect the fact that workers started quitting when they were asked to work on-site again after the pandemic started becoming less severe. Many realised that they no longer have to put in the same effort as before. This was exacerbated by the benefits that were paid out by the government.

Some workers realised that they can make just as much with the government checks as if they worked. So why bother going to work, right?

Still, others were more philosophical about their decision. They quit because the pandemic made them realise how fragile life is and that it’s probably best to enjoy every moment.

No industry has been left untouched by this horrible economic trend. There is an acute labour shortage globally including in the USA. now but this isn’t like any other labour shortage. The manpower is there. They just don’t want to work.

To counter this, companies have been trying different things:

Many employees are happy about the remote work set up during the pandemic. It allowed them to spend more time with their families. Making them go back to on-site drove many to quit. Companies are now realising that compelling workers to go on-site is not really essential.

This is why some companies are adopting a remote work policy – adapting and becoming more flexible to the needs of their employees.

A referral programme is arguably one of the best ways to introduce new talent into a company. It’s not guaranteed, but there’s a good chance that the person being referred will be just as good or even better than the employee who referred them.

Good employees are interested in the success of the company. They will not recommend someone whom they know will be problematic.

Attrition will be a part of a business that has multiple employees. Whether it’s part of the Great Resignation or not, employees will quit and move on. What matters is how you handle the offboarding process, not just for the one who’s leaving, but even for those being left behind.

Make each onboarding process a pleasant one for the employee who is leaving and for all the team members. This includes a proper handover and also hosting a well-meant send-off for the employee. This way, there will be no animosity towards the company, or negative glassdoor reviews.

This brings us to the next point about winning positive points from current employees by rehiring those who resigned previously. As long as their reason for moving on is valid, and they don’t have any issues, then rehiring a former employee is a positive move that other employees can surely appreciate.

Some management experts are against this concept. They will say that this is similar to preferential treatment but this is actually the more humane approach. Under this approach, you should take into consideration the personality and the circumstances of each employee and deal with them accordingly. By having a more flexible approach to your employees’ problems you can win their trust.

These are five ways that companies can turn the tide on the Great Resignation. But regardless of the outcome, motivating your employees and giving them a sense of purpose and belonging is always a necessary part of running a business. 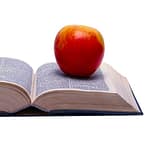 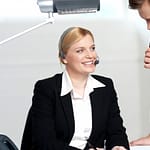