Ten years after the Engage for Success movement was born, we reflect on what’s changed in how and why we measure employee engagement, and what the future might hold for this vital part of our work.

When it comes to measurement, many organisations are stuck in a top-down mentality – with leadership teams taking the temperature of their employees, identifying where tweaks or improvements can be made, and then using the familiar ‘you said, we did’ comms to tell their teams what’s being done in response to their feedback.

What’s missing is a more collective approach to improving employee engagement. And improvement, James says, is surely the point of any measurement activity: “Any data collected by an organisation has little meaning or value in and of itself. Organisations need to think about why they’re gathering this information, how it’s being reported, and what it’s meant to achieve.”

Of course, to have the best chance of driving true engagement, each team would review their results, discuss what they show and how improvement could be made. “Even by a team picking just two or three actions that they have control over and can influence themselves, will make a significant difference.” James says.

The road to improvement

One of the biggest pieces often missing from the puzzle is an emphasis on what’s caused an increase or decrease in engagement, how that differs from what was expected, and why any change has taken place.

“For the most part, the current measure for engagement is to provide an engagement score – whether that’s 80%, or similar. If organisations were to focus instead on measuring change, and understanding the journey each team has been on – the momentum and direction of travel – there’s much greater chance of meaningful engagement.”

James suggests organisations should monitor and collect information about any actions teams are taking to improve engagement: “This way, the next time you measure engagement, you can identify which teams improved, and which actions made a difference. Create a bank of these actions – essentially internally validated best practices – and they can be offered to other teams and managers as ideas that have been successfully implemented elsewhere in the organisation.”

How an organisation responds to results is also crucial. When we start to focus more on the change, rather than the number itself, it also encourages organisations to respond more positively even to seemingly poorer results.

“Take, for example, a team showing lower engagement figures” James says, “they shouldn’t be treated as a problem, but instead we should explore why they’re lower. Perhaps it’s because they are so invested in the organisation that they’re identifying there’s an issue.”

It’s not uncommon to find that those who care the most are the ones who will indicate dissatisfaction – simply because it matters more to them. And it’s the managers who are best place to help things improve in the team, “so hold the manager to account, not for the number – but for the change in engagement, and the activity associated with that change”, suggests James.

By digging deeper and understanding what an organisation is doing to improve engagement, you can start ensuring that individuals across the organisation can be held accountable for that improvement.

Who owns, and is responsible, for employee engagement within an organisation? How do those individuals interact with and respond to data about their teams’ levels of engagement? Do the employees themselves have agency to effect change for themselves and within their own teams?

It’s a challenge James feels strongly about: “When we have the success or failure of health and safety initiatives laid firmly at the feet of managers, why do we not see the same happening with engagement? Given that the majority of managers have responsibility for engaging with their team in their job descriptions, surely engagement statistics should contribute to how those managers are evaluated for that part of their role?”

New tools and solutions are coming onto the market all the time, promising organisations fresh insights and understanding into their employees. There’s no doubt these tools have their place – whether they’re temperature checks, apps, the use of AI or sentiment analysis. But, says James, while they can bring value to organisations – whether that’s speeding up the process, or providing a greater depth and richness to the data by factoring in emotion – they’re still in their infancy.

It seems that the emphasis has to be on making more sense of the insights we currently have, rather than inventing new ways of gathering the same information, without changing how we respond to it. Organisations have to answer some bigger questions about how they survey their teams and handle the results – with a greater focus on impact, rather than just measurement.

This is perhaps the biggest challenge for organisations in the coming years. We’ve seen the dialogue around employee engagement, and the contribution it can make to performance, gain significant traction. But there’s still work to be done to move organisations to developing a deeper understanding of, and an employee-led approach to improving, engagement, is going to require a big shift from many organisations. 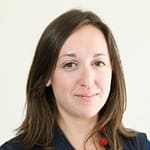 Show #224: What Do Winning Workplaces Do Differently? Show #265: How to Get Your Workforce to Give Candid Feedback The Right Way To Measure Employee Engagement Remotely
{"email":"Email address invalid","url":"Website address invalid","required":"Required field missing"}
Share0
Tweet0
Share0