The Cost Of Living Crisis: How Best To Help Your Workforce

Chances are, especially if you clicked on this article due to the headline, you don’t like your commute. The good news is that you’re not alone. These journeys to and from work are often time-consuming, cramped, and stressful – eating into a significant part of our lives. In fact, research from Intrex revealed UK drivers spent an average of 31 hours stuck in rush-hour traffic during 2017.

The situation doesn’t improve for non-car users either as figures published by the BBC showed the average UK worker commutes for around two hours every day. The consequences of taking such a long journey can be far reaching, having a negative effect on a person’s productivity, mental health, and morale.

Therefore, while some employers might claim this isn’t their problem, workers who have poor commutes usually adversely affect the workplace – albeit through no fault of their own. Fortunately, there are several things managers can do to support their employees.

Should I pay for commutes?

In Japan, approximately 86% of companies give their employees a commuting allowance – up to the equivalent of almost £700. Although this probably seems unusual in our culture, paying for a worker’s commute can have huge benefits on their mental health, wellbeing, and productivity.

For many organisations, however, paying for the cost of an employee’s commute is just not feasible. Instead, consider this as a reward or incentive. Speaking in an interview, one recipient of this benefit discussed how this was implemented at her company:

“Introduce paying for staff commute when they [employees] hit a certain time period with the company, whether that’s 2 years or 5 years. Either way, this is an employee benefit that isn’t offered by many, but can really help your employees!”

While the cost of travelling for business purposes – such as meetings – should be reimbursed, paying for an employee’s commute would be an expensive measure – but it could achieve good results

Still, if this simply is too costly, consider one of the following approaches:

There are very few businesses which actually require employees to work the traditional hours of ‘9 to 5’. If tasks can realistically be completed at any time, consider allowing employees to be flexible with their hours.

For example, offering an optional 7 to 3 shift will allow staff members to avoid most of the other commuters – making the journey a lot less stressful. However, to really implement a policy which resonates with your workforce, let them choose their own hours.

As long as they work the hours specified in their contracts, this helps strengthen trust and allows them to have more control over the work/life balance.

According to a study published by CareerBuilder, around a quarter of employees who were late to work blamed their delays on bad weather. Although the accuracy of the reason is debatable, there is no doubt that the UK has more than its fair share of hazardous weather.

Storms, high winds, or snow, the UK is certainly a country at the mercy of the elements. It also has a detrimental effect on commuting networks – causing delays and disruption.

Instead of making staff members travel in such conditions, create a severe weather policy which allows them to make up lost hours or work from home in the event of poor weather. As a result, this will prevent them from undertaking a commute which is worse than usual.

At the very least, workers won’t have to worry about the prospect of disciplinary action if a blizzard prevents them from getting to work.

Can staff work from home?

Staff probably won’t be able to work from home all the time as they are usually required to interact with colleagues and take part in meetings. However, trustworthy employees should be permitted to work from home occasionally.

Implement this policy on a trial basis and monitor the results. If staff can perform their duties with no detrimental effects, this could become part of their daily routine.

As a result, this gives employees more control over their lives and reduces the negative effects of having to regularly undertake a poor commute.

Implement a cycle to work scheme

Although commuting by train or car can have a negative effect on a person’s health, cycling can be beneficial. Not only that but in rush-hour congestion, bikes are often the fastest mode of transport available.

It is for these reasons that employers are increasingly getting behind the cycle-to-work scheme. Simply put, this policy allows workers to save money on cycling gear with a little help from their employers.

Furthermore, additional benefits can be offered to those staff members who decide to leave their cars at home. Alternatively, if cycling is just not practical, why not encourage a carpooling system?

Take the pain out of commuting

The effects of a poor commute can negatively affect an employee’s performance at work – not to mention their overall mental wellbeing. However, you can help take the stress out of these journeys by employing some of the methods mentioned above.

At the very least, this should help workers have more control over their work/life balance – which is always a good thing.

This article was created by Tom Chapman, working on behalf of Peninsula. The organisation specialises in HR and provides professional services to organisations across the UK. 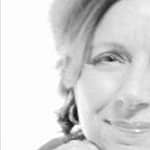 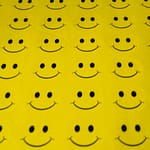 Can Smiling Too Much Negatively Affect Your Career? Tips To Make Your Workplace Environmentally Friendly Addressing Biased Burnout In The Workplace In 2022