I first met Francis Goss in 2012, when he was Head of Employee Engagement at Grass Roots. I’d just started in the role of Head of Engagement and Internal Comms for an aerospace business and was busy planning their first ever leadership conference, with employee engagement as its theme. After spending a day at home scratching my head and speaking to various engagement and conference agencies, I was lucky enough to come across Francis who introduced me to the whole Engage for Success movement. Bingo!

The conference became a year-long, group-wide program, during which Francis and I had many conversations about engagement in general and what it meant to him. So, it was interesting to catch-up with Francis, now Chief Commercial Officer at AHC, to chat about his passion for this subject.

Francis joined the Engage for Success (EFS) Task Force in 2011, following an engagement forum he led at the Institute of Directors.

“We invited around 35 people from different roles and backgrounds to a round table event, where we tasked them with discussing the barriers to employee engagement and proposing strategies to remove these barriers. This simple exercise was hugely successful and extremely insightful. The output was a report with lots of rich material, which led to a conversation with David McLeod and ultimately the invitation to join the taskforce.

“I was at Grass Roots at the time and seconded Ali Godding, Marketing Manager, as a much-needed resource to support the EFS team with their social media activity.”

Employee Engagement can sometimes be hard to define outside of the metrics and survey results. What would be your definition?

“I once heard it said that you can ‘feel’ engagement as soon as you walk into an organisation. I agree with this philosophy. You can just tell if people are engaged by the atmosphere, the buzz, and the language that people are using. It’s a bit like house hunting. When you walk into a house and you just know it’s ‘the one’. When people are engaged, they want to give their best every day. They have an attitude of commitment and purpose, and want the organisation to succeed. This in turn impacts their attitude towards colleagues and customers. Engagement is a two-way process though. It’s about being respected by the organisation you work for. This means being treated fairly, knowing the part you play in the organisation’s success and believing that you have the tools and environment in which to succeed.”

Francis outlines some of the key elements that contribute to an engaged organisation as:

Is the focus on Engagement different in a commercial role compared to being head of Employee Engagement?

“Employee engagement is a commercial imperative as well as a people issue. Organisations that recognise the commercial benefits of an engaged workforce will be prepared to make the necessary investments to achieve the long term gains that employee engagement provides. While it is important to focus on productivity, objectives or initiatives focused on productivity and engagement will be much longer lasting and bring long-term cultural benefits. This is where strategic narrative is vital. It’s so important to tailor messages that result in building a sense of purpose and not just a focus on targets.”

How do the Four Enablers (Strategic Narrative, Engaging Managers, Employee Voice, Organisational Integrity) play out in your workplace?

“We have a bespoke annual employee survey at AHC and manage the data analysis internally. There’s a lot of emphasis on sharing feedback and action planning. We’re trying to create an environment where voice is prevalent through open door policies with our MD and senior team. We’re aware we have some work to do on supporting our managers with strategic narrative and it’s something we’re looking at very hard right now.

“Our Chairman is passionate about integrity, often the most difficult enabler to explain and the one which gets the least airplay. Like most businesses, we strive to have integrity at the heart of what we do. Integrity must be demonstrated from the top and weaved into everything you do through clear strategic narrative.”

Are there any employee groups which are harder to engage?

“There’s a lot of talk about how best to engage millennials right now. Generally, we know they may be less loyal and have a greater propensity to be distracted. They’re not so interested in prestige, for them it’s more about purpose. But is this saying that Gen Y or Gen Z don’t care about purpose? I think this is something that has always been inherent in people, no matter what generation.

“Perhaps one of the biggest challenges from millennials is a greater distrust towards leadership or authority. This comes out of scenarios such as the banking crisis and the MP’s expenses scandal which have negatively impacted public opinion of authority. That’s why integrity is such an important enabler of employee engagement.”

Can you tell me about an engaging manager you’ve had in your career?

“I have been privileged to have had a number of engaging managers in my career. Common characteristics of all these managers have been energy, enthusiasm, encouragement and coaching.”

What about a disengaging manager?

“In my opinion, a disengaging manager is someone who fails to motivate you and shows a lack of respect. Unfortunately there are still some managers out there who just don’t get engagement, which is why movements such as Engage for Success are so important.”

Is Engagement just a fad?

“Absolutely not. Engagement is here to stay. Overall, I would say companies are getting a lot better, for example with the current focus on ‘wellbeing’, which is ultimately about valuing your staff and trying to do what’s best for them in the workplace, but there’s always more we can do.”

“As a term, engagement has had some negative airplay. There are well-known critics in the whole movement and some cynics. That’s why Engage for Success is so important. For some numerical thinkers, analytical or data-driven people, it’s possibly easier to kick out the need for employee engagement than try to understand it. They might not relate to engagement as a feeling or attitude, all that generally matters to them is numbers etc. As a Task Force, we must continue to beat the engagement drum and facilitate understanding among all groups.”

Would you like to interview one of our Taskforce and join our Virtual Content Team? Email sian@engageforsuccess.org to find out more! 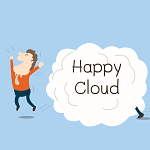 10 Ways to Motivate Your Employees 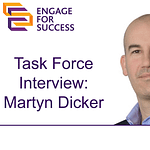