October is Menopause awareness month, with October 18th marking Menopause Awareness Day, providing an opportunity to educate ourselves on this natural stage of life which affects half the working population so that we can look after our bodies and support colleagues and loved ones going through this challenging life stage. In this case study we’ve highlighted the work of housing association Aster Group and the work they have done to support employees and their families.

Aster Group’s aim is to provide safety and security through its reliable customer services and supplies a wide range of housing options in response to the housing crisis. The Group has over 90,000 customers and owns and maintains over 32,000 homes. The housing association employs over 1,450 people. It aims to provide the best experience it can to enable colleagues to be the best they can be at work and to create a fair and inclusive culture. Employee benefits include flexible working, a focus on colleague wellbeing, career and development through leader and colleague development frameworks, and enhanced leave for when extra time off is needed.

The well-being offering at Aster incorporates three strands of Physical, Emotional and Financial Well-being. Physical well-being initiatives have included sessions on nutrition and fitness, virtual yoga sessions via Zoom and access to a 24/7 virtual GP service. Emotional well-being has involved training a team of mental health first aiders, access to fully trained counsellors through the Employee Assistance Programme and the recent launch of the Thrive app offering a range of strategies to cope with mental health, anxiety and sleep problems. The Financial well-being components include access to online webinars, Perkbox shopping discounts, pensions discussions and information signposting. Further information on how Aster supported colleagues with well-being through the pandemic can be found at this link.

A key component of the Aster offer to its employees is its focus on listening to Employee Voice in order to improve employee experience. It was through listening to some female employees as part of the mental health strategy that the need for Menopause awareness was first raised.
Julie Cridland, employee experience lead at Aster Group explains how this initiative was addressed and how they have recently achieved accreditation as one of the first organisations in the UK to be recognised as a Menopause Friendly employer.

Julie started by setting up a focus group and holding a scoping meeting. Attendees included some mental health first aiders who were experiencing symptoms and keen to share their experiences and learn how they could support other staff members. Out of that meeting 10 menopause champions were recruited who wanted to provide support and signposting information to colleagues experiencing symptoms and raise the profile of the menopause at work campaign.

The first quick win was to put emergency packs in all office bathrooms, it included the usual sanitary wear, freshening wipes, some packets of ‘one size fits all’ emergency underwear and some body spray. The “black cardi” initiative was also launched which gave ladies a discreet getaway item to tie round their waist to get to a change of clothes without too much embarrassment. She also managed to get USB fans on the stationery list as a standard item.

Aster Group decided to use training and awareness sessions to really get the message out there and held face-to-face sessions at all offices with one focussed on leaders and one for general colleague awareness. These sessions explained why menopause was a workplace issue, what the menopause was and where to get support.

With more interest than spaces available and frustration of ‘missing out’ because of diary clashes and travel issues, the training was later translated into video e-learning and made available on-demand. They chose not to make menopause training for leaders mandatory largely because the training was usually being accessed when the topic of menopause came up in a one-to-one and a manager needed some support to have the right conversation. General information on menopause however was available from the start on the intranet and posters on the back of toilet doors have educated quite a number of employees.

They also ran ladies-only sessions called ‘The Hot Topic’ to give female colleagues a chance to open up about how they were feeling, talk about their experiences, get some good quality information and get signposted to further support.

An integral part of wellbeing strategy

In 2020 Aster Group took menopause ‘on tour’ as part of their wellbeing roadshows with awareness sessions on the agenda and menopause champions on hand for drop in chats. They also wanted to engage colleagues as feedback had suggested some felt awkward asking questions with the worry of saying the wrong thing so they piloted a men only session called ‘Pause for Men’

However, as COVID hit the world in March 2020, attention turned to mental health and isolation. But by the end of 2020 they were ready to pick up the conversation again.

January 2021 saw the launch of The Sofa Sessions, a digital monthly catch up as a way to bring interested colleagues together in an informal way to talk about menopause. These quickly developed and became a platform for menopause specialists to share information and resources on a range of topics from natural therapies to pelvic health. New webinars have been commissioned on nutrition and exercise and myth busting HRT and the company has set up an MS Teams channel called ‘The Hot Topic’ which now has nearly 60 members.

The Aster menopause support programme has now been running for three years and is part of its mission to create an inclusive working environment. It’s commitment to ongoing training, awareness and guidance helps those experiencing menopause symptoms and those supporting their colleagues to address these issues more effectively. These can be physical and psychological, ranging from hot flushes and insomnia, to anxiety, fatigue and brain fog.
This Summer the Hot Topic Group were surveyed to gauge improvement over the last 3 years. Three years ago 43% said they would have felt unable to talk to their leader about the menopause, today that has dropped to 4%.

Julie Cridland explains the next planned phase in the programme

“We did get survey feedback that said we need to do more to educate leaders, particularly those new to the business and those that have been promoted into leadership roles since our work in 2019. So, we’ve invested in some new e-learning from our friends at Henpicked: Menopause in the Workplace, which will be going live at the end of October. We’ll be training three colleagues to be able to deliver menopause awareness sessions in the future.”

Aster have been building the menopause offer into their induction so that all colleagues get to understand what being menopause-friendly means when they join. Survey feedback said that including family members was important both in terms of colleagues getting the support they need at home and to enable family members who may be suffering to access good quality information. As such, a 10-week programme with MenoHealth has been launched and Julie has been pleased to see that some mums and partners of colleagues have signed up too.
In the last couple of months Aster have added menopause related sickness to their absence reporting and want to use this data as a way to track culture change. If they are successfully arming leaders with the right information and if the environment is right to talk openly about menopause then they should start seeing some menopause related absence rather than it being lost under other symptomatic categories.

Finally, they feel there is still more work to do with engaging more widely and tailoring information in the right way to different colleague groups which they expect to evolve over time.

With an organic approach to menopause it was useful for Aster to understand what colleagues actually valued when it came to the offer. Top was the ability to share experiences and not feel alone. Closely followed by the importance of an inclusive environment where you can talk openly about menopause.

The reality is that providing this as an employer is financially very low cost, the investment is the commitment to build being menopause friendly into your culture and the time it takes to build trust and create that psychological safety. The initiatives you choose to do are important, but it really won’t matter if some things don’t work out as you planned.

For example, the real value of the menopause champs wasn’t wearing t-shirts, running drop in sessions and promoting menopause, it came from the knowledge they shared initially and the core support they gave to shape the programme.

Julie’s top tips for launching a menopause programme include:

Acting on feedback has helped build the trust we needed to encourage more people to get on the menopause train. it’s not a one-size-fits-all so finding a variety of interventions, ways to engage and inform people has been really important for us.

In August 2021 Aster Group become one of the first organisations to be awarded the ‘Menopause Friendly Employer’ accreditation. The accreditation recognises inclusive employers that build awareness and understanding around menopause.

“Menopausal women are the fastest-growing workplace demographic, with the average age for a woman to reach menopause being 51, and nearly eight in 10 active in the workforce. With three in four experiencing symptoms and as many as one in four considering leaving work during their menopause, it’s a key area for employer focus.”

“One of the big positives is lots of women who are now connected with the menopause work we’re doing don’t feel on their own anymore. I’ve had feedback from people who didn’t feel like themselves, were thinking of leaving work, wondered what was going on. Knowing they’re working for an employer that recognises that and has support mechanisms in place is invaluable.’’ 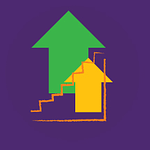 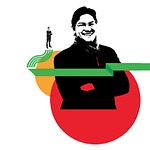