The gig economy is considered the “future of work” by many economists, business owners, and employees due to the value they provide to companies. While freelancers and gig workers are important, it can be difficult, or seem pointless, to keep short-term employees engaged.

Why Ignoring Gig Workers is a Bad Idea

Employers often question if engaging gig employees is necessary, considering it can cost a lot of time and money to keep transient workers interested. These concerns aren’t unfounded, as some gig workers will job hop or won’t consider your place of employment as a priority.

However, approximately 16% of all US employees alone have made money using an online gig platform, but 30% of the 18-29 age demographic have used gig economy apps. Not only that, but most U.S. adults need to use gig apps to save extra money or cover gaps in their income.

That shows that young adults do see freelance or gig work as necessity, but unfortunately, these workers are denied the same safety measures and protections as regular employees.

Gig workers can be essential to business success if they aren’t treated as an afterthought. If employers unlearn long-held beliefs about freelancers and gig workers, they can improve productivity, safety, and engagement. This, in turn, will significantly reduce employee turnover.

What is Employee Engagement

Employee engagement measures the level of dedication and enthusiasm a worker feels about the organisation they’re employed in and the work they perform. Highly engaged employees care more about their work and the company’s overall performance.

Most HR professionals break down employee engagement into seven senses:

However, most gig apps fail to offer employees a sense of belonging, ownership, purpose, and meaning. Belonging is especially a problem, considering gig workers are treated as temporary or unnecessary. These mindsets must be changed if we want to see any productivity improvements.

How to Engage Gig Workers

In general, gig workers are seen as a “means to an end,” but let’s dissect what the gig economy offers employers. Gig workers are often hired to fill in for sick, vacationing, or employees that take leave. What would happen if they couldn’t find a worker to replace them immediately?

Lost productivity, overworked employees, and decreasing profits result from a slow or ineffective hiring process. After all, employers either have to add to their employee’s workload or hire quickly. But, there’s no guarantee they’ll find an employee in time or one that fits their culture.

Gig workers offer that quick fix, but if they aren’t engaged, they may leave before their term is up.

That’s why employers must do one of the following to meet gig workers halfway:

There are steps employers can take to increase engagement right away, including the following.

Having a strong onboarding process is vital if you want your gig workers to start earning immediately. If you make your digital nomads wait days for instructions, they’re more likely to look for work elsewhere, so give them access to the information and tools they need to succeed.

Remember that an onboarding process isn’t just useful for training employees; it also offers a window into your company culture. When your gig workers know and understand your values, they’re more likely to provide better customer service and feel inspired to reach your goals.

Reward Their Achievements and Recognise Their Work

Gig workers want to know that they’re contributing to an organisation’s goals. Simply asking your freelancers what they expect from you as an employer can keep them coming back to work and increase engagement. You’re showing that you care about their opinions and well-being.

Talent data is also essential for freelancers to track their own progress and understand what’s expected of them. However, verbal feedback is more effective at connecting with your workers.

Provide Opportunities for Learning and Growth

Most gig workers would consider themselves “jacks of all trades,” so they probably have skills that aren’t fully utilised in their current position. If a freelancer is an expert programmer, ask if they’re familiar with UX design or other IT concepts. That way, you don’t have to look elsewhere.

Even if that same freelancer isn’t familiar with these concepts, you can still teach them. Gig workers are more likely to stick with the same employer if they feel valued and appreciated. Not only that, but you could offer them permanent employment if a full-time position opens up.

Find Ways to Keep Current and Past Employees Engaged

Sure, gig workers may come and go, but that doesn’t mean they’ll stay away forever. If you want a group of freelancers you can rely on; you’ll need to engage your independent contractors and gig workers long after their contract has ended. An employee alumni programme can do just that.

To create an employee alumni programme, set up a platform where you can share company knowledge with past, present, and future workers. For example, a Facebook Group. 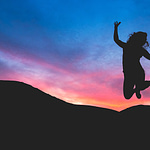 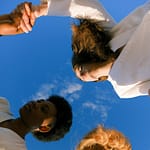 The Importance Of Cultural Intelligence In The Workplace ACAS Update: Redundancy Advice 5 hidden costs of employee disengagement and how to mitigate them