The Future of Engagement – Speaking up for Employee Voice

Employee engagement has risen up the agenda in recent years with more employers recognising it matters. However, in some cases employers this has been at the cost of the most important enabler of engagement – employee voice. In this article, Professor John Purcell argues that it is time to focus on voice as the foundation of engagement.

Although identified by MacLeod and Clarke in their 2009 report as one of four pillars enabling employee engagement, the concept of ‘voice’ has since been largely eclipsed. My argument is that this limits the prospects for generating engagement since it is being able to voice opinions, concerns and ideas, and be listened to, which triggers engagement. It does so more effectively than the more nebulous ideas of ‘leadership’ and ‘integrity’, two of the other pillars. When we look at ‘engaging managers’, the final pillar, we find that a great deal of what the good manager does is about discussion and collaborative working: voice in action.

Explanations for this neglect of voice only really emerge once we are clear what ‘voice’ is and what it is not. MacLeod and Clarke were adamant that voice meant that ‘employees’ views are sought out’ and that these views make a difference to decisions. This is not just getting views through an engagement questionnaire. It’s more profound. It’s about building a culture of participation and involvement.

More recently Elaine Farndale and colleagues (2011) explored the connection between employee voice and organisational commitment. They found that the key was having voice between those ‘who are hierarchically unequal.’ More than just the HR department, it has to include those at the top to enable people to actually affect decision-making.

British employees have this right to ask for business related consultation – that can provide the above – under the Information and Consultation of Employees Regulations 2004. But few know about these measures and they are considered to have been ‘a damp squib’.

There are three explanations for this. First, voice, as defined by MacLeod and Clarke, is too challenging for many managers because it is an alternative to managerial unilateralism. Second, as Helen Francis and Martin Reddington (2012) complain, the management of engagement tends to view employees in a passive role. Engagement is driven by the organisation, rather than something that is under the control of employees. Finally, the engagement industry has a fixation with the outcomes of engagement, but little is done to look at why employees are engaged in the first place.

In an early work on engagement in 2004, Dilys Robinson and her colleagues found that ‘the key driver’ of engagement was ‘a sense of feeling valued and involved.’ This came from involvement in decision-making; feeling able to voice views; having managers value these views; opportunities to influence their jobs; and the organisation being concerned for employees’ health and wellbeing.

The 2011 WERS survey again showed the connection between involvement and engagement. Of the two fifths that were satisfied with involvement in decision-making, 85 per cent of them felt proud to work for their organisation compared to only a third for those who weren’t.

While we can look for policy and practice actions which generate feelings of organisational support, the underlying causes come from employee perceptions of fairness, justice and trust in management. Fairness is created not just by consistent, bias-free, and ethical procedures but by allowing employees to express an opinion. What is really interesting is that even if employees think their opinions will not influence a decision, being asked for their opinions is enough for perceptions of fairness to grow. What matters is how decisions are communicated and explained by line managers in a way which is seen to be fair and treats employees with respect.

At Bath University we did an analysis of the factors most strongly associated with organisational commitment, using the 2004 WERS data (Purcell et al 2009). The results are of interest since they can be interpreted as a list of the classic building blocks of engagement. In descending rank order the strongest factors were:

There are obvious policy conclusions. First, line managers are the critical players in providing trust-worthy leadership, encouraging voice and allowing for involvement in decisions. It appears these managers are getting better. They’re using an increasingly wide array of communication channels and employee perceptions are improving; in 2011 just under three fifths of employees agreed that their managers are sincere in attempting to understand their views.

The problem is senior managers, and this is the second obvious policy area. Line managers can go so far but they are not responsible for high level, strategic decisions. It is clear that there is a dearth of trust in senior managers, consistently shown in CIPD (2011), NHS (2011) and Civil Service surveys (Bach and Kessler 2012). The fifth European Working Conditions Survey (Eurofound 2013) showed most of the workforce in the EU is in organisations that provide limited opportunities for employees to participate in senior decision-making.

Inevitably, allowing employees to contribute to senior decision-making neccessitates social institutions. The most obvious means is through consultative committees since, in all but small companies, employees will need to select representatives. These can be union based (and at last they seem to be showing an interest in them), non-union based or, as is often the case, a mixture of union and non-union people. My colleague, Mark Hall and I have recently shown in our book Consultation at Work: Regulation and Practice how this can best be done and have identified the conditions required for consultation to be successful. The key requirement is to achieve dialogue where there is a genuine exchange of views.

The evidence is that where there is both active line manager action to promote voice alongside effective top level consultative arrangements, with good connections between the two, the outcomes in terms of engagement are better than where there is only one of these. Building these and making them work is the best way forward for the engagement agenda. This is also where government can start to make a contribution to fostering engagement; by revising the Regulations for Information and Consultation to make them more effective, and in campaigning to persuade employers to adopt them. The Engage for Success movement needs to become much more assertive in pushing for employee voice.

Professor John Purcell is Visiting Professor Bath Univerity School of Management. He is the author of The Oxford Handbook of Human Resource Management.

This article was originally published by the IPA on their website and is reprinted with their permission. 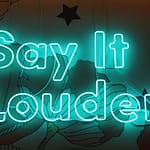