There have always been various debates on the power of leadership behaviour on Employee Engagement. In a recent Guardian debate experts discussed what skills and character traits leaders need to be anti-heroes and address today’s biggest issues. The roundup of the debate can be found here.

The most common misconception is heroic (strong) v anti heroic (humble): Rather anti heroes have the flexibility to be both according to the situation. So they tend to be very sensitive and adaptive. But when the circumstances demand they will fight a fire or take decisive unpopular decisions as well.

Our society values the inflexible one dimensional idea of heroism: think of celebrity culture. This is highly corrosive to helping us define what we need on high and in our own lives.

The danger of becoming developmentally arrogant: I was quite disappointed by how committed either leaders or the leadership field was to it’s own development. It felt to me that there was often an ‘intellectual’ understanding of was needed but a resistance to a real commitment to personal transformation.

Visibility is not anti heroic: We need and will always need our politicians from the councillors to ministers to be visible – how else can the process of representation work? Anti heroism is not as much about shunning the lime light, it’s about having a political culture where politicians can be in the public eye whilst being humble, open minded, reflective and able to take u-turns.

The most outstanding leaders are often the quiet, humble people: who shy-away from public notice, but relish creating opportunities for others to gain attention, and who celebrate the achievements of others and of their teams.

For leadership selection, don’t focus purely on competencies: Some of the most competent people can make disastrous bosses! It’s about how we enact competencies that defines leadership. For example, how we engage others in our team in seeking ways of approaching a challenge, rather than just making a so-called ‘logical’ decision.

Where the negative notion of ‘heroic’ leadership comes from: the academic study of leadership has been based on the dominance of US studies, virtually disregarded women’s views and those from diverse backgrounds, focused on ‘distant leaders’ such as senior managers and often gathered data from these managers’ self-reports.

Lynne Sedgemore is the executive director of 157 Group
Really effective leaders can see multiple perspectives: They have a large repertoire of responses to choose from. They also have deep moral or spiritual purpose.

The Apprentice programme is a huge barrier to anti herosim: and sadly is so popular, it reinforces the bully, banter and aggressive style of leadership.

A misconception that heroism of the old kind is necessary to survive: the public sector (at its worst) is rooted in targets, blame culture, scapegoating, command and control, fear and constant pressure from ever changing policies.

We need to take a long hard look at the media: targets, board demands, front page media attacks, impossible policy changes, where can leaders find the time needed to reflect, grow and think? It takes courage and confidence to do that.

We tend to want our leaders to be heroes: to be the best and the brightest, able to solve our problems for us and provide order, protection and direction when there’s uncertainty.

Leaders who stand out in the public sector: If we were talking TV personalities to create a frame of reference, I’d say we’re talking Gerry Robinson rather than Alan Sugar.

An anti hero is not a wet blanket: If we’re defining the key differences between heroes and anti heroes as empathy and self awareness then I struggle to think of any roles where I wouldn’t prefer an anti hero. Some of the toughest decisions and driving of performance that I’ve seen have come from anti heroes.

Ines Wichert is a chartered psychologist and author of Where have all the senior women gone?

We tend to recruit in our own image: and if a certain leadership style pervades at the top it is much harder to recruit for a different type of leader. Also, some leadership skills are more difficult to ‘train’ – empathy is one of those.

Developing others is a key leadership behaviour: it is not only directly beneficial but has a lot of powerful, indirect benefits – empathy helps build a more inclusive climate and that in turn is linked to a range of benefits such as increased retention, engagement levels, innovation.

Empathy is difficult to develop in a classroom setting: and often personally challenging for leaders. As a result these weaknesses are often not tackled. These behaviours are however linked to organisations being able to build inclusive cultures where people of different backgrounds can flourish.

Sol Davidson is a developmental psychologist

We are facing a collective crisis: our leaders do not have the capacities to cope with the complexities of either themselves or the people around them and as a result revert to early stages of meaning making to solve complex problems.

Anti-heroes might start finding prominence: I wonder if we are nearing a tipping point in society where the behaviours being outlined in this discussion might start to find prominence. I guess the question is do we have a sufficient population of “antihero” types yet to tip the system.

One of the tricky things with anti-heroes is that they are less visible: Traditional heroes you can see and hear at conferences and in the press – anti-heroes it strikes me are often below the radar.

The role the arts have to play in developing empathy: There is some evidence around reading fiction and theatre (putting yourself in someone else’s shoes) and we have developed research projects with young people that has involved using a range of art forms to share stories.

Finding space to reflect is vital: and very hard. Just like leaving a field to be fallow to allow it to refresh, it’s important that we give ourselves time and don’t expect crops to keep growing.

International comparison: More UK managers focused more on politics as a route to pursuing personal advantage or protecting their turf, compared to their Antipodean counterparts who were more focused on alliance building, scanning the environment and reconciling differences.

I love the idea of the new heroes: creative, credible and connected – although I also add coaching and collaborative. And we do need to add in the need for heroines as well heroes! 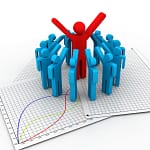 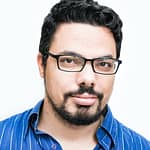