How to Boost Employee Morale Amidst a Looming Recession

Avoiding discrimination, employing the ‘right’ number of people from minority groups, promoting enough females to senior positions and striking a balance between performance management and bullying – that’s what diversity policies are made of.

They are some of the things that diversity policies have become synonymous with. It could be said that this flies in the face of their very purpose: inclusion.

When we asked a global sample of HR professionals what they would be focusing on during the coming two years, diversity featured at the bottom of the list – below the likes of leadership development, employee wellbeing, engagement, employer branding, recruitment and talent attraction.

Only 12% admitted diversity was a major challenge that they were actively trying to address (ORC International: HR Reflections).

But should they be paying more attention? It’s only just the beginning of March, and issues of diversity and inclusion have been all over the press this year, even if they aren’t top of the pile on the HR desk.

Barclays is set to launch an apprenticeship scheme for over 50s, offering older workers the opportunity to start a new career. The entry level positions will offer the chance for applicants to work their way up to the top of the company, Mike Thompson, Head of Apprenticeships, states. Speaking to The Sunday Times, Thompson illustrated that it’s the attributes of age that would set the applicants apart from the rest: “Older people have more life experience, and can show more empathy. They will have had a mortgage, they will know how to budget and how to support customers.”

Staying with banking, the most recent reasons for HSBC to hit the headlines may be more to do with evasion than inclusion, but the current chief executive of HSBC UK, António Simões, has recently said that being gay has been the key to his success.

In an interview with the Portuguese newspaper, Expresso, he stated that being gay had made him “…a more authentic person, better able to empathise and with more emotional intelligence. If I wasn’t gay, probably I wouldn’t be CEO of the bank.”

Is Empathy the Key to Diversity and Inclusion?

There’s that word again: empathy. Maybe that’s the key to diversity and inclusion.

Recruitment Grapevine recently revealed that 9/10 managers responsible for hiring staff wouldn’t employ a candidate who is obese. The European Court of Justice, which ruled last year that the effects of obesity can constitute a disability, dealt with a person of 25 stone, and the way in which their health was impacted by their weight. It was seen that the effects of a person’s weight may hinder their participation in professional life. Unfortunately this ruling on an extreme case seems to have gone some way to stigmatising those equally qualified but not as small in stature as other applicants, hindering their ability to get past the recruitment process.

Which takes us to the bright lights and closed doors of Hollywood. Benedict Cumberbatch recently appeared on American TV, talking about the limited opportunities available in film for British actors of African or Caribbean origin. His points, which were for diversity and showing how much it was lacking in the industry, were overshadowed by the phrasing, as he referred to black people as “coloured”. An outdated term in the UK – but not so much in the US – Cumberbatch came under fire on social media for the use of the word. HR can be a minefield of what you can or can’t say, and how this changes over time, but most of us don’t have as big a stage to fall from.

British actor David Oyelowo, who plays Martin Luther King in the civil rights drama Selma, came to his defence in an interview with the BBC: “I think it’s ridiculous. When you look at what he was actually saying it’s clear that he’s a huge supporter of black performers. To attack him for a term, as opposed to what he was actually saying, I think is very disingenuous and indicative of the age we live in where people are looking for sound bites as opposed to substance.”

This year, 20 acting nominations across four categories have gone to white actors at the Oscars, organised by the Academy of Motion Picture Arts and Sciences. It would be a shame if the good intentions but poor phrasing from Cumberbatch had a knock on effect of people being too worried about getting terminology right rather than highlighting disparity.

Lastly to a very different red carpet, which has caused a great amount of controversy. This time it’s Sainsbury’s under fire, as its Ely branch had planned an Oscar-themed joke awards ceremony, in which awards for rear of the year, sexiest male, sexiest female and most blonde moments were set to be given out. After people took to Twitter, the event was scrapped. A Sainsbury’s spokesperson told the BBC that as soon as the company realised that offence had been caused, the event was cancelled.

The challenge with diversity in the workplace is that it is often the realisation that offence has been caused which encourages a re-think, rather than prior thought and empathy.

The Definition of Diversity is Changing

Through our research and interactions with organisations around the world, we are seeing an increasing desire to promoting diversity and inclusion from a ‘nice to have’ ‘box ticking’ exercise on the public sector agenda to a global imperative. So it’s a wonder that just those 12% of HR professionals admitted that diversity was a major challenge that they were actively trying to address.

Our research is showing that the definition of diversity is changing and that managing diversity is actually an indirect way of addressing those HR issues higher up the priority list. Organisations that are realising this are the ones with not only an interesting mix of people, but also an agile workforce with a point of difference. The examples outlined here show just what is to be gained from celebrating diversity, but also what is to be missed through overlooking it. 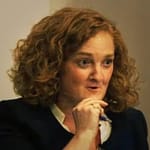 Why I’ve Made So Little Progress With My Commitment To Inclusion This Year 5 Powerful Ways to Become an Inclusive Leader Show #135: Inclusive Leadership, a powerful driver of engagement